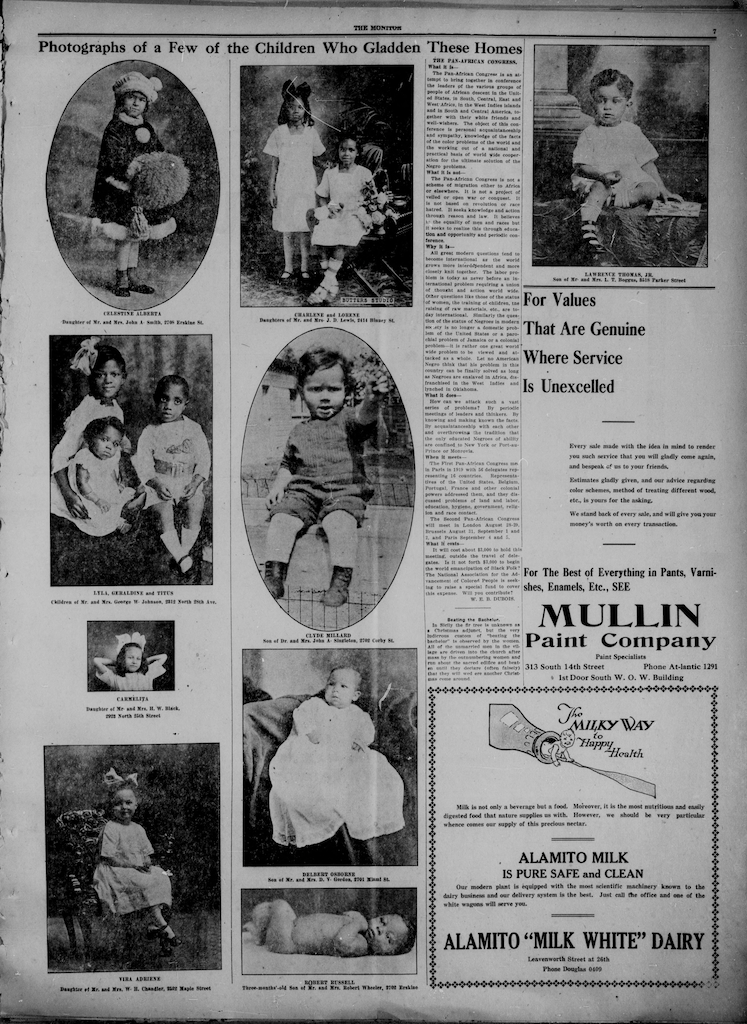 This article appears in the August 4, 1921 edition of the Omaha, Nebraska based newspaper, The Monitor. The Monitor was an African American run newspaper and typically featured stories about African Americans. This article contains quotes from African American intellectual, writer, and activist W.E.B. Du Bois, an organizer and American delegate for the 1919 Pan-African Congress. The article follows a question-and-answer pattern and offers readers insight into the who, what, when, where and why of the Pan-African Congress. The author notes that “Pan-African” refers to all the people of African descent regardless of national identity and reveals that the Pan-African Congress seeks to unite Pan-Africans and their white allies in a fellowship that seeks to address the “color problem” (a term used during this period to describe racial inequality and white racial and political hegemony) at the international level through cooperation, rather than local level. The article also makes reference to all modern problems having an international dimension and directly ties the fate of people of color living in the United States to those living in Jamacia or other parts of the world noting that the modern world is an interdependent world. The article also emphasizes that “the Pan-African Congress is not a scheme of migration to Africa or elsewhere.” Although the article does not specifically explain this, this is likely a reference to Garveyism and Ethiopianism, other competing black nationalist movements during this period that sometimes advocated for people of African descent to migrate to Africa. The author also explains that the Congress “is not a project of veiled or open war or conquest. It is not based on revolution or race hatred. It seeks knowledge and action through reason and law.” This clarification is likely a preemptive response to anyone wishing to discredit the group or its intentions. The article ends with a note about how the NAACP is helping to fund the Pan-African Congress’ upcoming meeting and asks if readers will contribute financially to the cause.