Mexican-American War and the Media 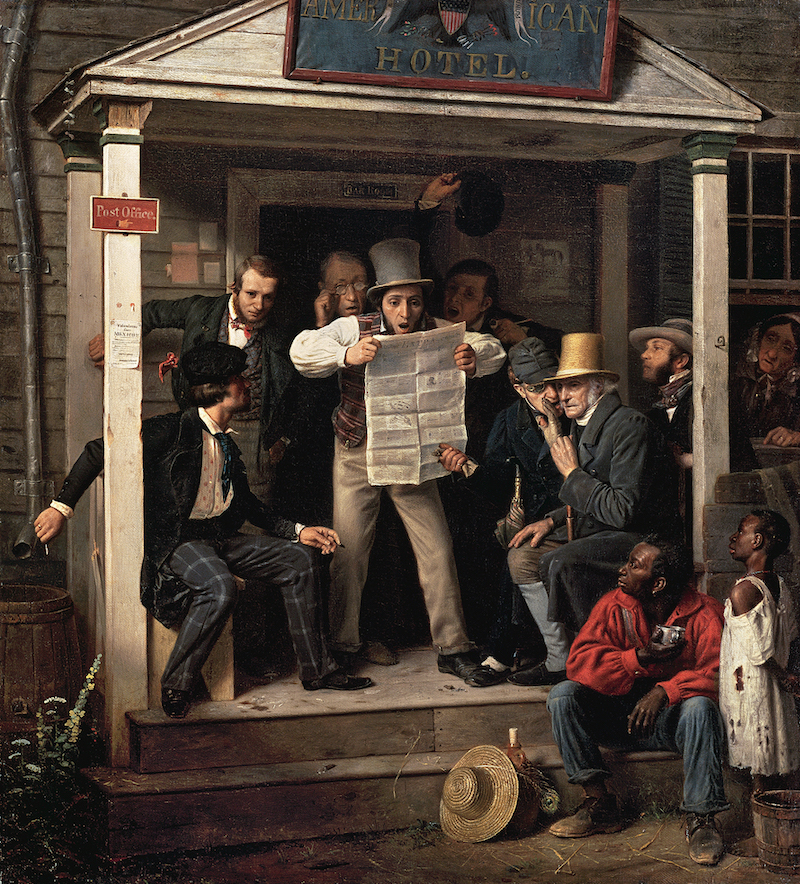 “The contrast between coverage of the war in the United States and in England is particularly striking.”

This growing digital archive provides transcriptions of newspaper articles related to the Mexican-American War of 1846-48. Arnold is an established and well-regarded scholar of 18th- and 19th-century Mexico and has done extensive work cataloging the holdings of some of Mexico’s most important historical archives. For this website, Arnold has coordinated the efforts of a large team of undergraduate and graduate students at Virginia Tech. The website now contains thousands of transcribed articles and is a valuable resource for teachers seeking to provide their students with significant exposure to the process of historical interpretation.

Transcriptions of articles cover the war from five newspapers: The Times of London, England, Niles’ National Register of Baltimore, Maryland, the Richmond Enquirer of Richmond, Virginia, the Richmond Whig and Daily Advertiser of Richmond, Virginia, and the Martinsburg Gazette of Martinsburg, Virginia (now West Virginia). Although this selection is arbitrary (reflecting, I imagine, the holdings of the Virginia Tech library) it does enable comparisons of the responses to the war in England and in the United States as well as between specific localities within the United States. The transcribed articles span the period from 1845, when the U.S. annexed Texas, through 1848, when Mexico surrendered and the Treaty of Guadalupe Hidalgo was signed. The articles include opinion pieces, more straightforward reporting, published U.S. and Mexican government documents, and reprinted items from other newspapers. Finally, the homepage contains links to related images and documents housed on other websites.

In general, the website is well organized and accessible. For both The Times and Niles’ National Register, the website provides comprehensive indexes with one-line descriptions of the contents of each article; for the other two papers, indexes are only available for certain months. The transcriptions appear in a simple frameset, with one frame for a listing of the dates included and another for the actual text of the articles. As the home page suggests, one excellent means of navigating the site is by way of a Web browser’s search capabilities. Since all of the transcriptions from each newspaper appear on a single webpage, keyword searches are easy and effective.

Even a cursory examination of the articles contained in the website can be fascinating. The contrast between coverage of the war in the United States and in England is particularly striking. The Times fulminated against the immorality of slavery and of the southern scheme to annex Texas as a slave state, while exposing America’s imperialist ambitions as, among other things, an attempt to shore up the nation’s fragile stability through the escape valve of western migration. By contrast, neither Niles’ National Register nor the Martinsburg Gazette examined the issue of slavery in any of the articles transcribed on the website. Their descriptions of the conflict (or those reprinted here) employed a racialized terminology that naturalized the American conquest of Mexico as the inevitable victory of a superior race over a “degenerate,” “oppressed,” and “effeminate” one.

While the materials on the website are exceptionally rich, the challenges to using them effectively in the classroom are significant. The site provides a comprehensive bibliography on the war, but it does not offer any historical background. Students lacking a thorough knowledge of the chronology of events will likely get lost among the many articles. This problem is compounded by the skeletal nature of the indexes, which offer only a minimal description of each article. As a result, teachers would be wise not to send students to this website unprepared.

However, in conjunction with one or more scholarly accounts of the war, the website can be a terrific pedagogical tool. Teachers might select a handful of articles for the different papers for students to compare. Or they might ask students to look up articles to assess the way a single event (say, the annexation of Texas) is covered in different papers. Alternatively, students could perform their own searches for such keywords as “race,” “slavery,” “democracy,” “empire,” and “manifest destiny.” Using the results of these searches, students could then write an essay on the way the war was packaged in the U.S. and British media, enabling students to formulate their own interpretations.