This site offers the nearly complete run (228 of 298 issues) of Ling long, a weekly Chinese women’s magazine published in Shanghai from 1931 to 1937. Scholars and students of Chinese social and cultural history will benefit greatly from the preservation of, and easy access to, such a valuable primary source. Although the site may be of less use to those who lack reading proficiency in Chinese (nearly all of the text is in Chinese), the abundance of graphic images such as photographs, cartoons, and advertisements is an important resource for studying urban mass culture and women’s lives in 1930s Shanghai.

The navigation of the site is very simple. An introductory page provides links to information about the Ling long collection and basic historical background and a general overview of the magazine’s rich content, including articles on “The Ling Long Woman” and “China in the 1930s”. “Project Methodology” discusses the preservation project and digitization process for those who are interested. The main portion of the site, however, is the “Collection Index”.

This page provides an overview of extant holdings and links to individual issues. (A complete list of missing issues, pages, and other irregularities of Columbia’s holdings will be of great use to researchers.) Once inside an individual issue, the reader may scroll through it page by page or view the entire contents (in thumbnail images).

Instructors who read Chinese will find articles on a wide range of topics deemed relevant to the lives of urban women in 1930s Shanghai: fashion, interior decoration, childrearing, popular psychology, new careers, and, of course, love, sex, and marriage. In addition, there are many illustrations of local women of “high society,” young female authors, and American celebrities, such as movie stars and athletes. Advertisements for women’s products also appear frequently.

Ling long is a rich historical source. In addition to many photographs and illustrations, the first issue, dated March 18, 1931, included articles entitled “If Your Husband Has an Affair” and “Sports and China,” as well as the sheet music and lyrics for “Should I” a song featured in an MGM production of Lord Byron of Broadway. Special issues feature topics such as children (issue 167, 1935) and China’s emerging “swimming and beach culture” (issue 298, 1937).

World history teachers might use this for classroom discussions of the globalization of culture, such as the rise of Hollywood as a global cultural influence, the notions of cultural diffusion (and fusion) in a treaty-port city such as Shanghai, and the “modern girl” as a global phenomenon. Discussions would also need to consider the degree to which Shanghai might represent “China.” Another fruitful approach might be to sensitize students to the critical use of popular commercial media such as Ling long as a historical source. How much did this source reflect social realities? How much did it reflect social ideals and aspirations? One way of generating discussion might be to ask what we can learn about our society or “women” by looking at such publications as Cosmopolitan magazine. 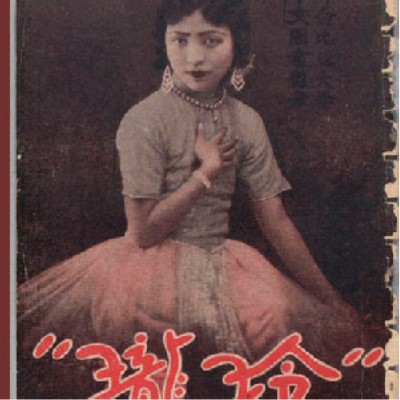 “The abundance of graphic images such as photographs, cartoons, and advertisements is an important resource for studying urban mass culture and women’s lives in 1930s Shanghai.”