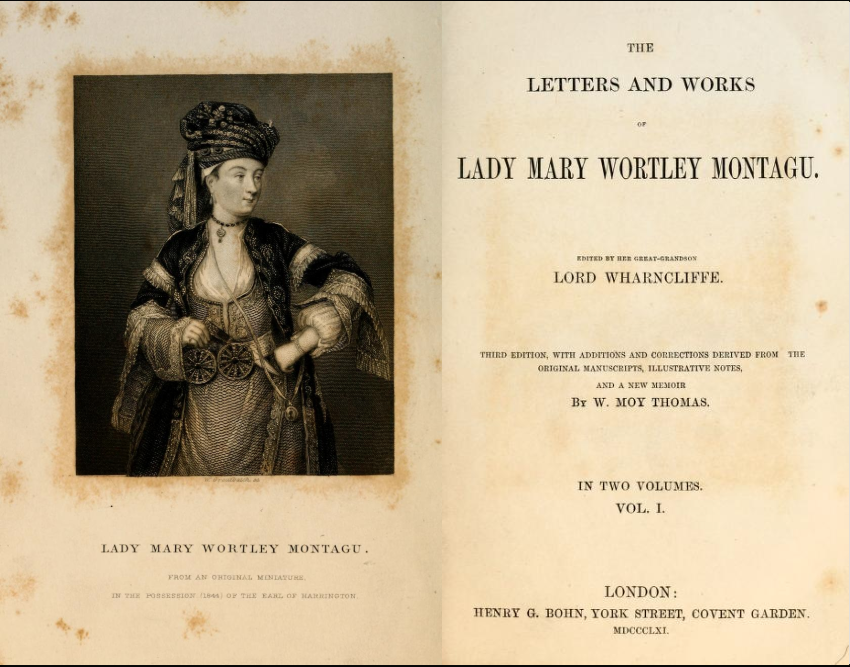 The following are excerpts from the letters of Lady Mary Wortley Montagu (1689-1762), a noted English essayist and one of the earliest advocates of women’s rights. She is perhaps best known for her letters from Constantinople, which she wrote to various friends and family members while living abroad with her husband, Lord Edward Wortley Montagu, the British Ambassador to the Ottoman court from 1717 to 1719. Lady Montagu’s letters demonstrate a keen interest in Turkish customs, particularly those relating to women. She was clearly intrigued by the differences between her own sensibilities—and ideas of propriety—and those of Ottoman ladies. She wrote extensively on those differences, always remaining open-minded and conscious of the cultural differences that explained otherwise “weird” behavior. Her commentaries serve to paint simultaneously a picture of European woman’s views of the world and those of their Turkish counterparts, as mediated by a contemporary woman.