Letter from the Nicaraguan embassy 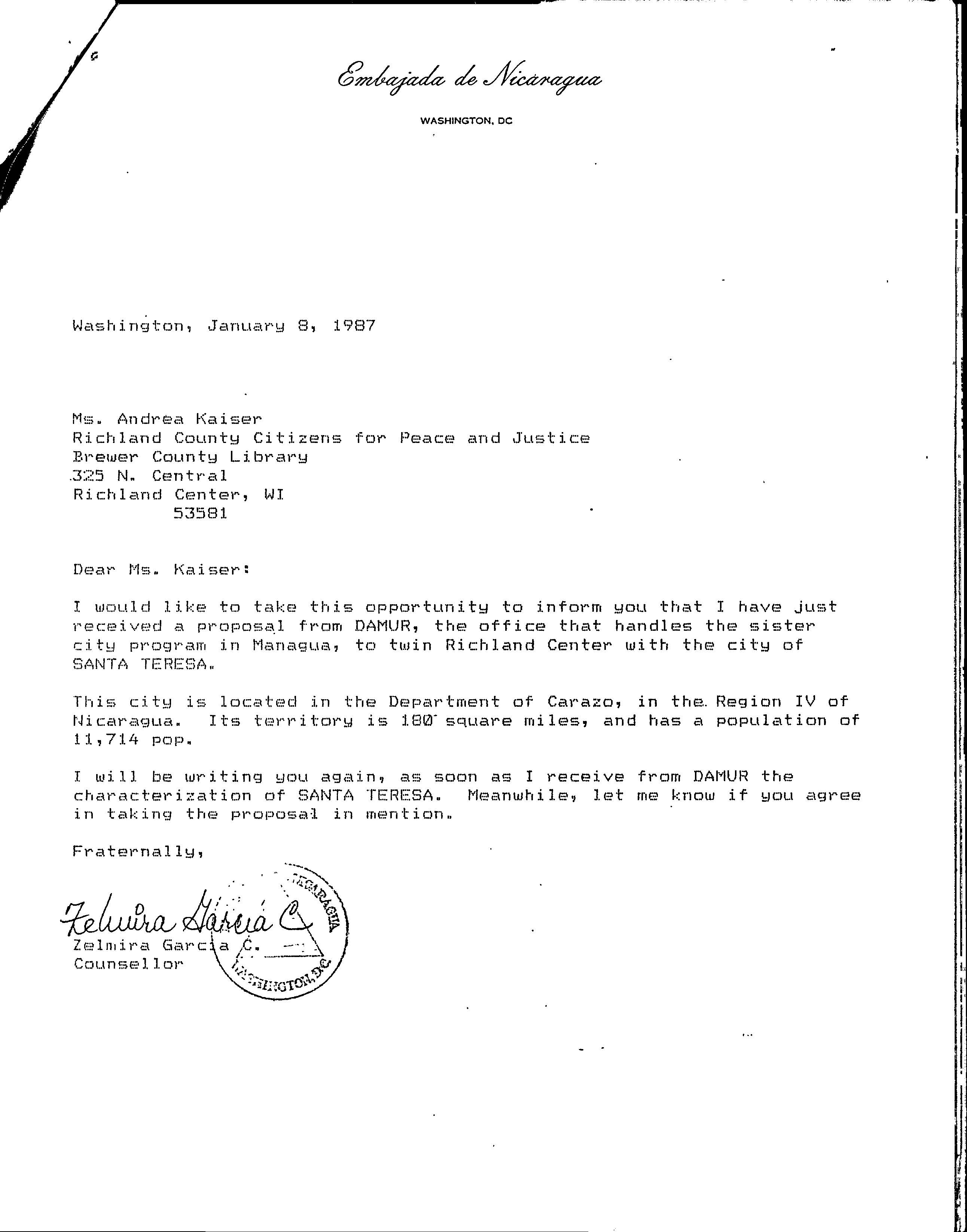 This 1987 letter from the Nicaraguan embassy to Richland County Citizens for Peace and Justice, RCCPJ, a Wisconsin solidarity organization, highlights the ways in which non-state actors can craft impactful foreign policies. As part of the Anti-Contra War movement, multiple grassroots organizations in the United States, like the RCCPJ, developed foreign policies that challenged the policies of the United States government. Municipalities in North America and Europe soon joined this movement, with hundreds of sister-city, or twinning, relationships developing with Nicaraguan towns. Much like the Anti-Contra War movement that spawned it, the Nicaragua sister-city phenomenon was truly international, with municipalities from 19 North American and European states developing ties to Nicaraguan cities. These groups sent volunteers and material aid to their Nicaraguan counterparts, while also raising awareness about the conflict in Central America. The activities of these sister-city links highlight the role of local actors in transnational politics, revealing the ways in which apparently peripheral players impacted global events. These municipalities forged independent foreign policies that, at times, challenged and subverted the actions of their respective national governments. As part of the broader Anti-Contra War movement, these linkages placed considerable pressure on those opposed to the Sandinista government and, consequently, helped further undermine U.S. intervention.