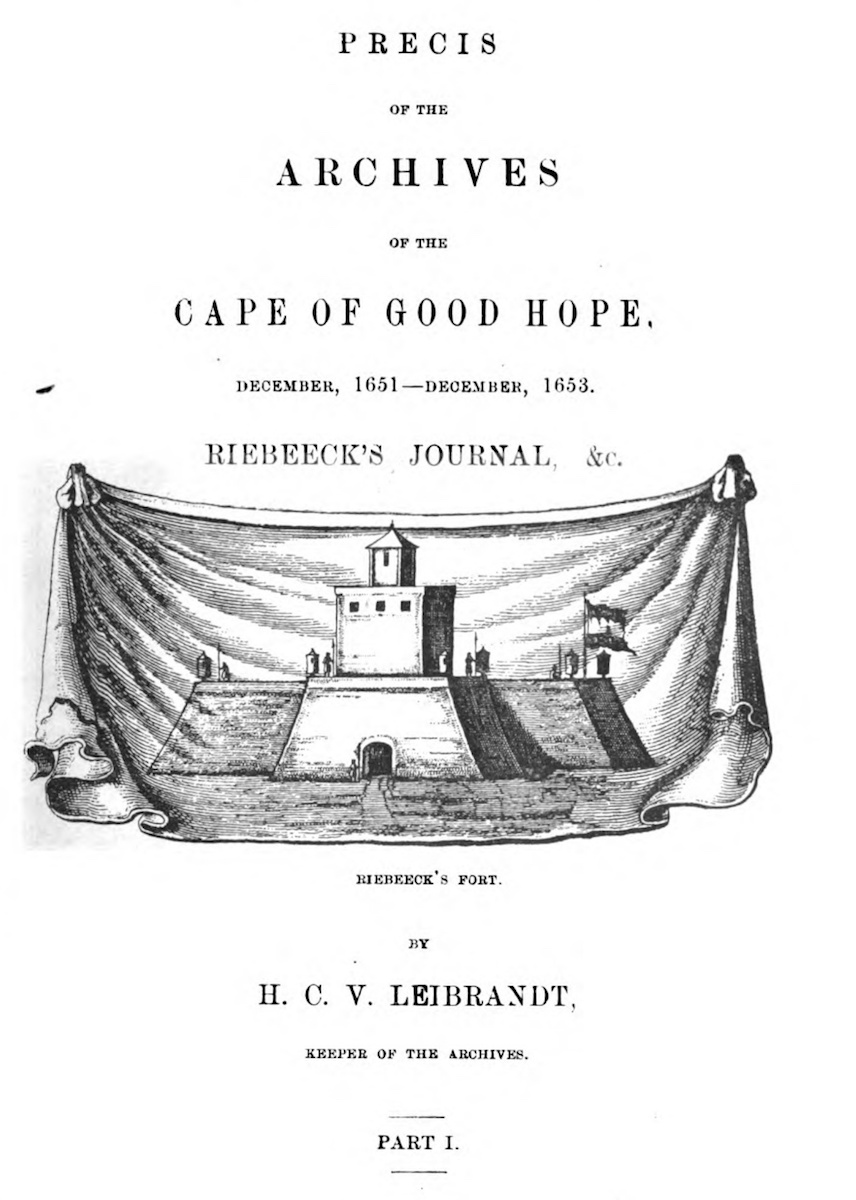 Krotoa, called Eva by the Dutch, is the first Khoikhoi woman to appear in the European records of the early settlement at the Cape as an individual personality and active participant in cultural and economic exchange. Eva joined Commander Jan van Riebeeck’s household at the Dutch fort at around age 12. She was closely related to Oedasoa, chief of the Cochoqua Khoikhoi, but it is unclear whether her family sent her to the Dutch to work and learn the language, or whether she made this decision on her own. She learned to speak fluent Dutch and Portuguese and acted as an interpreter for the Dutch for most of her life. She converted to Christianity and in 1664 married a Danish surgeon, Pieter van Meerhoff, who was rising in the service of the Dutch East India Company. Together they had three children. After his death on an expedition to Madagascar, Eva became an alcoholic and was eventually sent to the prison colony on Robben Island for disorderly conduct. She died in 1674 and was given a Christian burial.

The following selections are from the official diary kept by the Dutch Commander Jan van Riebeeck and his council at the Cape. Since these men were representatives of a major trading company, most entries have something to do with commercial interests. Eva emerges as a savvy business partner to the Dutch, but also as a person truly suspended between two cultures. Note her use of clothing, religion, and language as she negotiates between the Dutch and the Khoikhoi worlds.