Hippolyte Taine on the French Revolution 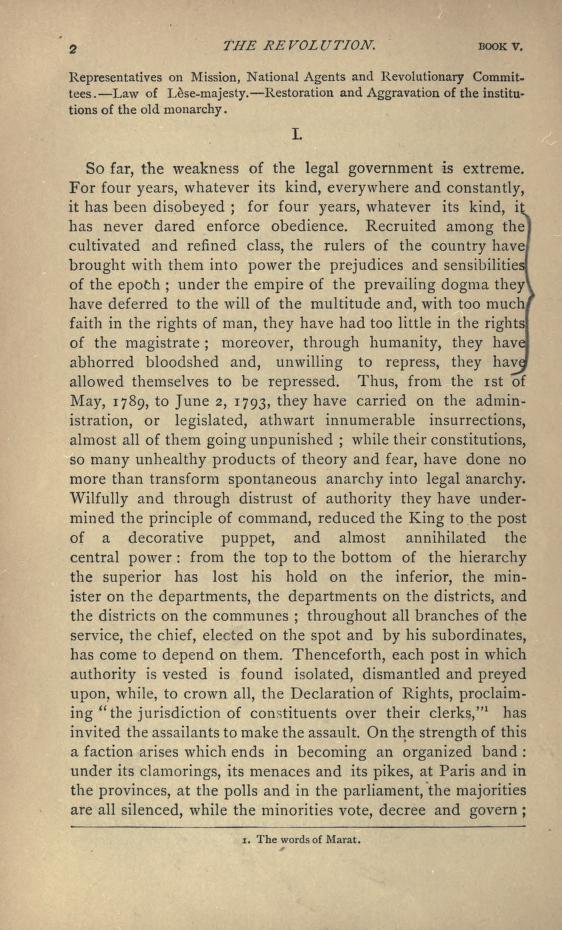 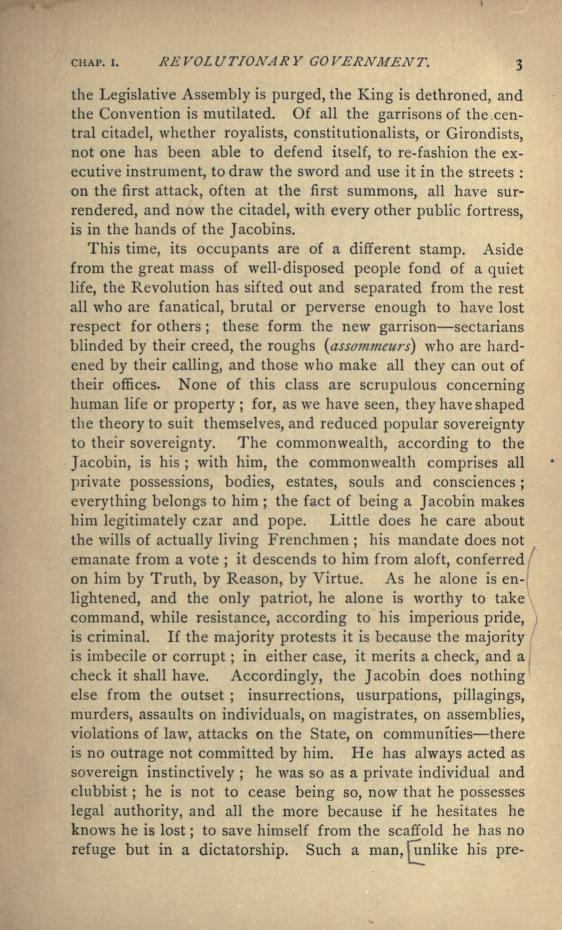 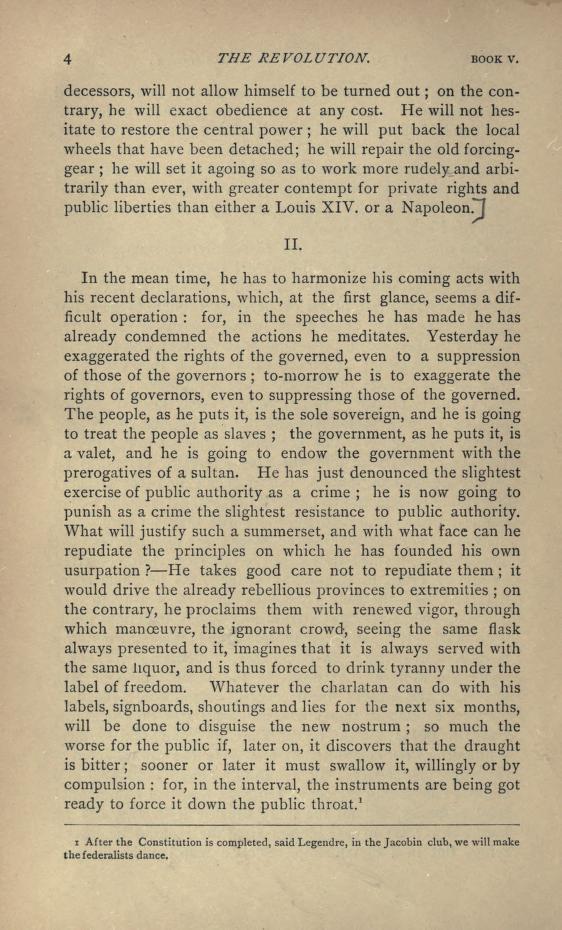 Literary critic and historian, Hippolyte Taine (1828–1893) was lionized by late–nineteenth–century republican France. He emphasized rationalism and mathematical simplicity, being a bitter critic of the ideological abstractions that had occupied France since 1789. He searched for formulas to understand history and human behavior to comprehend France’s humiliation by Prussia in 1870–71 and, here in his study of the French Revolution, he attacked the revolutionaries for their lack of respect for government and for being petty despots.