Those interested in visual reflections of the daily life in early twentieth-century China will find the Hedda Morrison Photographs of China a useful collection. Morrison (1908-1991), a freelance photographer who lived in Beijing during the years that the collection covers (1933-1946), left 28 albums, roughly 6,000 photographs, and 10,000 negatives to the archival holdings the Harvard-Yenching Library.

As organized by Morrison, the albums address specific themes and topics, including religion (particularly Buddhism), architecture and material culture, artwork, social rituals, everyday life, handicrafts, street markets and entertainment, and common people in the midst of their daily labors, among others. Images may be searched directly through the Harvard Library’s HOLLIS Images search engine, with a convenient entry link at the top of the Hedda Morrison Collections page. Both basic and advanced searches are possible. One can also access individual images or full sets from specific albums as groups, as well as images of the albums themselves as objects revealing cover photographs and bindings.

The site can be used to study any number of themes. For projects on childhood, terms such as "children" and "family" produce a relatively fruitful collection of images. One can also view these images in the collections that Morrison herself assembled as parts of specific albums. This offers a theme worthy of classroom exploration, prompting valuable discussion of how Morrison organized, conceived, and shaped the "China" she was viewing. One might also explore the ways in which images of children helped to define historically-located frames of meaning in regard to historically shifting categories such as nation, culture, gender, class, family, and more.

Utilizing the using the keyword "children," meanwhile, returns 125 hits, including candid portraits of children, youth with other family members, siblings, and adults, and in a range of settings, e.g., courtyards, marketplaces, sites for family portraits, scenes of meals and play. The images offer useful material for a variety of lesson plans and thematic analyses. Students might explore the material culture of childhood and conduct their own visual survey of items found, including clothing, toys, furniture, tools, and architecture. These visual surveys of childhood might also be tied to explorations of intersecting themes, e.g. childhood and domestic space, work and craft, consumption, urban and rural space, environment, etc. Students could assemble, edit, and analyze their own exhibits of images from the collection, among other projects.

One limitation is that the collection's scenes are limited largely to the city of Beijing and the surrounding region of North China. Comparative explorations from other regions would be particularly valuable, given the diversity of China itself. The Morrison collection is nevertheless a rich and accessible one that will nicely serve the dual themes of visual culture and childhood—among many others—for studies of early-to-mid 20th century China. 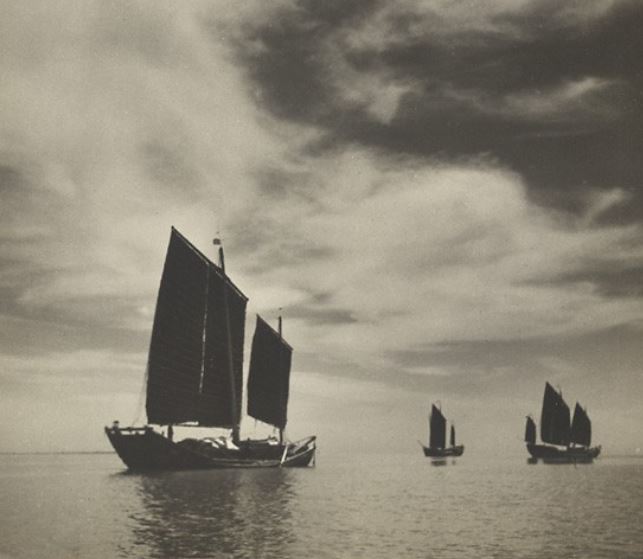 “The Morrison collection is nevertheless a rich and accessible one that will nicely serve the dual themes of visual culture and childhood—among many others—for studies of early-to-mid 20th century China.”