This site is a portal to the University of Wisconsin’s online holdings of historical images related to 20th-century East Asia. It provides access to three archives of black-and-white photographs: The China in the 1930s Collection/Tianjin Collection, The Holmes Welch Collection, and The William Hervie Dobson Collection. Together these three collections contain nearly 500 images “that document early 20th-century China including the Sino-Japanese Conflict (1937-1945), a visual history of Buddhist practices and temples in China, and other images of daily life in both rural and urban China.”

Each individual photo contains the following bibliographic information: “Title,” “Date,” “Place/Time,” “Description” (of contents), Library of Congress subject headings (”LCSH Subjects”), and more general subject headings (”Subjects”). The full bibliographic record for individual photos can be accessed either in the “Full” viewing mode (see below) or by clicking on the thumbnail for any given photo.

The China in the 1930s Collection/Tianjin Collection contains a total of 173 photos, most of which “are connected with the military, including the Chinese 19th Route Army, the US 15th Infantry Regiment at China Service, and the Japanese Army.” Indeed, “many depict scenes of the Japanese invasion and Chinese defense, the Sino-Japanese Conflict (1937-1945), and the World War II theatre in China.” The remaining images in this collection “portray village and city lives, street scenes, and Chinese architecture.”

The Holmes Welch Collection consists of photos taken by the well-known scholar of modern Chinese religion, Holmes Hinkley Welch (1921-1981). Welch was a specialist on Buddhism, and as such, the 89 black-and-white photos that have been placed online focus on “religious life in China and Hong Kong between the 1930s and 1960s.” More specifically, Welch’s photos capture various aspects of Chinese Buddhist monastic life and practice as well as the details and varieties of Chinese Buddhist architecture.

The William Hervie Dobson Collection includes 215 photographs taken by an American Presbyterian missionary and doctor named William Hervie Dobson (1870-1965). This collection is notable because it grew out of Dobson’s four decades of residence in the Yeungkong region of southern China (1897-1940s). Indeed, this region and its inhabitants are his primary subjects. Here Dobson’s camerawork exhibits a strong ethnographic bent. He took photos of popular social practices and people from all stations of life and turned his lens upon the urban and rural milieus in which he simultaneously practiced medicine and evangelized. To browse to this collection, click on the “Search the collection” link at the top of the home page and then “Browse the William Hervie Dobson Collection” on the next page.

There is now a wealth of photographic images taken by foreigners traveling and living in China during the first half of the 20th century. These three collections are most fruitfully used in conjunction with each other as well as with a number of other collections. For example, one could compare and contrast these photographs with others found in the Shanghai in Images site.

Students could be encouraged to probe the social, religious, cultural, and geographic diversity of China in the early 1900s as well as the impact of momentous events upon different regions and social groups. How did Americans come to know of China in the early part of the 20th century? How might practices of scholarship, medicine, proselytization, and warfare produce different kinds of knowledge and different visions of “China”?

Here one could fruitfully draw upon a rich literature on cross-cultural perceptions between China and the United States. Some helpful works are Jonathan D. Spence’s To Change China: Western Advisers in China, 1620-1960 and The Chan’s Great Continent: China in Western Minds, and R. David Arkush and Leo O. Lee’s Land Without Ghosts: Chinese Impressions of America from the Mid-Nineteenth Century to the Present.1 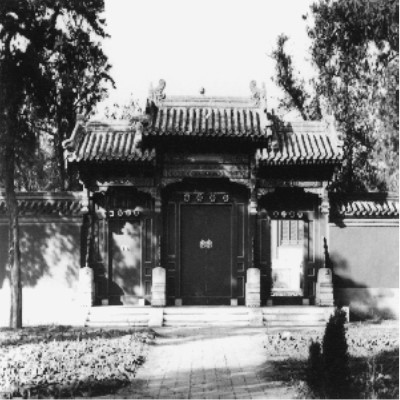 “Students could be encouraged to probe the social, religious, cultural, and geographic diversity of China in the early 1900s as well as the impact of momentous events upon different regions and social groups. ”