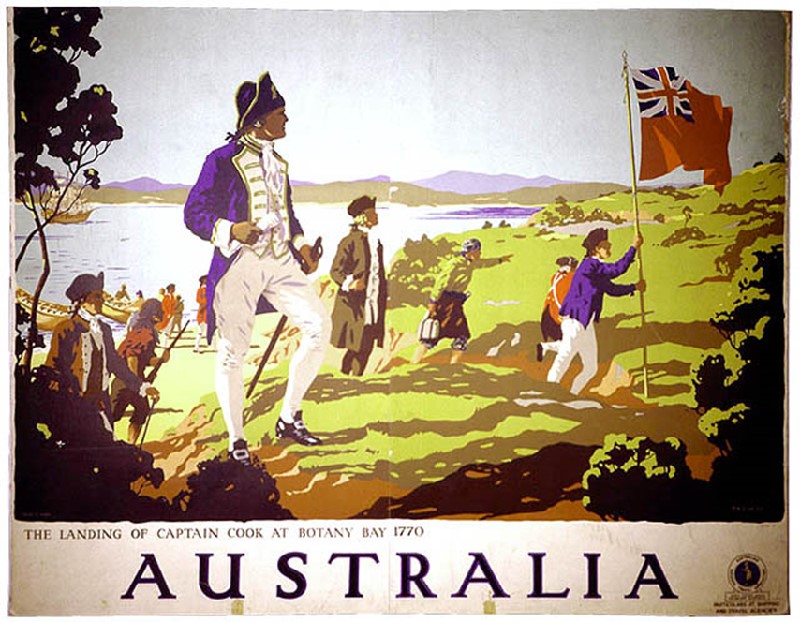 “This site has particular strengths in presenting legal and constitutional materials on the emergence of a democratic nation in a colonial context.”

This site traces the development of Australian democracy and the emergence of the Australian state through key historical documents from the 18th century to the 20th. More than 100 documents, with transcripts and frequently an image of the original, chart the legal and political foundations of governance in Australia. More than 50 related images are also available.

There are five ways to access the documents, all available from the home page and a user-friendly site map. “Places” highlights Australia’s beginning as distinct British colonies and offers geographically specific “founding documents.” The map of Australia can be used to access documents divided by state or territory, or pertaining to the Commonwealth of Australia as a whole. “Timeline” contextualizes the documents chronologically, ending in 2001. The documents range in date from 1768 (secret instructions to Captain James Cook to take possession of the Australian continent under British law) to 1995 (the “Aboriginal Lands Act,” passed in Tasmania which acknowledged the dispossession of Tasmania’s Indigenous people and recognized certain rights of Tasmanians of Aboriginal descent).

“Picture album” provides images connected with the documents included in the site. “Pathways” arranges the documents according to four themes: “Foundation,” “Building,” “Freedoms,” and “Land.” Each pathway has subthemes, called “trails.” “Foundation,” for example, is divided into “taking possession,” “defining boundaries,” and “law and government.” “Explore” provides an ever-changing series of entry points into the collections.This site is designed for a wide variety of people, from members of the public with no prior knowledge of constitutional history to scholarly specialists. It is therefore easily accessible to students with no background in Australian history or geography. Each document is thoroughly contextualized through accompanying information: “Significance: Why is it important,” “History: How did it happen?” and “Description: What does it look like?” The site also includes a glossary.

Created to commemorate the centenary of Australia’s federation, it might be expected that the site would have a certain celebratory tone. The site, however, provides an evenhanded and scholarly assessment of the significance and history of the documents it includes. Along with the recognition of the freedoms enshrined in Australian democratic developments there is due acknowledgement of the injustices in the development of the Australian state. For example, under the “Freedoms” pathway there are two themes—a “limiting freedoms trail” and a “recognizing freedoms trail.”

This site has particular strengths in presenting legal and constitutional materials on the emergence of a democratic nation in a colonial context. “Pathways” is particularly useful because it groups material thematically. Students might also be encouraged to develop their own thematic trails through the site as an exercise in understanding the forces at work in the development of the state. In teaching world history courses, the site’s strong focus on the British legal justification for colonizing the Australian continent and expanding its political control there could contribute to a discussion of the legal basis for colonization. The site’s creators are particularly aware that the dispossession of Indigenous people lies at the heart of the foundations of the Australian state. Further comparative themes might include: the relationship between an imperial power and the emergence of national independence in former colonies; the treatment of minorities in the development of democracies through the 19th and 20th centuries; and the question of land rights in postcolonial democracy. Stuart Macintyre, A Concise History of Australia (Cambridge, 1999) is an excellent general history of Australia that teachers and students could use in conjunction with this site. It also provides a guide to further reading.