The Chinese Boy and Girl 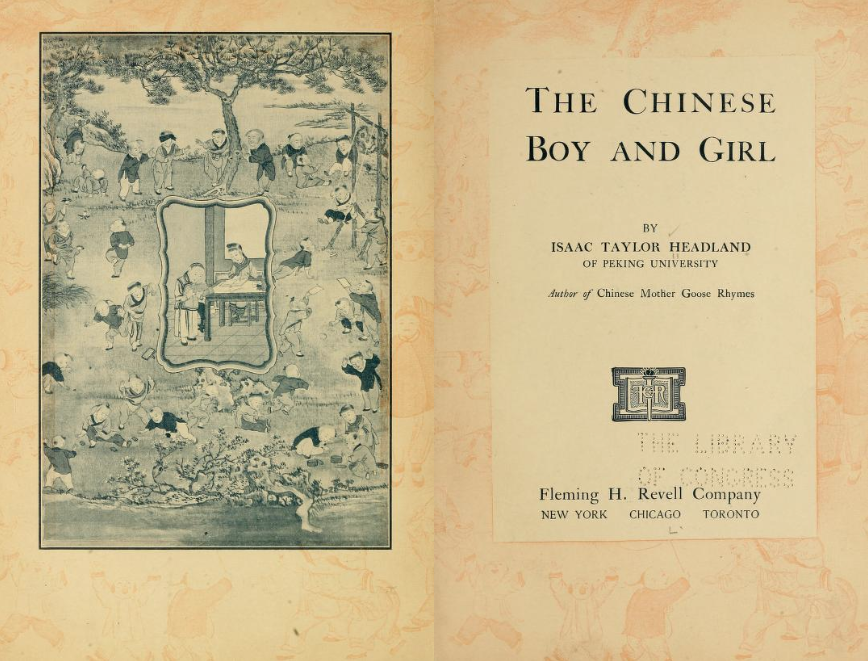 Issac Taylor Headland (1859-1942), a resident of Beijing and a scholar at Peking (Beijing) University, joined other contemporaries interested in both popular culture and folklore in his own study of daily life in China. He was particularly concerned with the collection and transcription of Chinese children's rhymes. Readings from his texts offer a look at a Westerner's own perspective on children's culture and family life as well as the complexities of cross-cultural exchange. Headland's voice offers an example of a global encounter at a moment of high imperialism – indeed, these texts were published in the immediate wake of the dramatic Boxer Uprising and siege of foreign legations that occurred in Beijing during the summer of 1900.

Isaac Taylor Headland, "The Chinese Boy and Girl", 1901, Children and Youth in History.