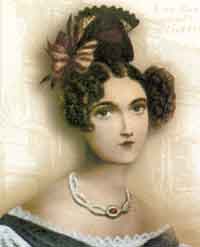 The story of Camila O'Gorman (1828-1848), the daughter of a prominent merchant in the Buenos Aires community, is one of the most famous cases of a young person challenging both parental and state authority. In 1847, at the height of Rosas's power, 19-year-old Camila and Ladislao Gutiérrez, a young Catholic priest from Tucumán, fell in love. On December 12, 1847, they eloped and fled to Corrientes, a neighboring province to Buenos Aires, where they tried to survive in the hopes of escaping to another country. Eight months later, they were captured, imprisoned at Santos Lugares, and put to death by a firing squad.

Although both were punished in the same way, one could argue that history has been more kind to Camila than to Gutiérrez. The young priest was condemned for violating the Church's code of conduct and the social order. Many eyewitnesses, including Camila's father, Adolfo O'Gorman, blamed the beleaguered priest for manipulating an impressionable young woman. Camila was a more sympathetic figure, too, because she was reportedly eight months pregnant at the time of her death. News of her (and her unborn child's) demise spread quickly throughout the province and beyond. Even Rosas's staunchest supporters could not defend the death of what they saw as an innocent, unborn child. For them, the "Restorer of the Laws" had gone too far.

This lithograph by the French Brazilian-born artist Juan León Pallière (1823-1887) is one of many representations of Camila. This is an idealized portrait intended to memorialize Camila as a decent and innocent young woman. The hairstyle, necklace, and clothing all suggest that she was a member of a respectable and prominent family. Since he was living in Buenos Aires in 1848 (the same year that Camila met her death), Pallière must have been deeply affected by the talk surrounding the event. However, he would not have dared to paint such an image while Rosas was still in power. The painter waited to finish this portrait after the regime was overthrown in 1852, and it often accompanied official and popular histories of the post-Rosas era.