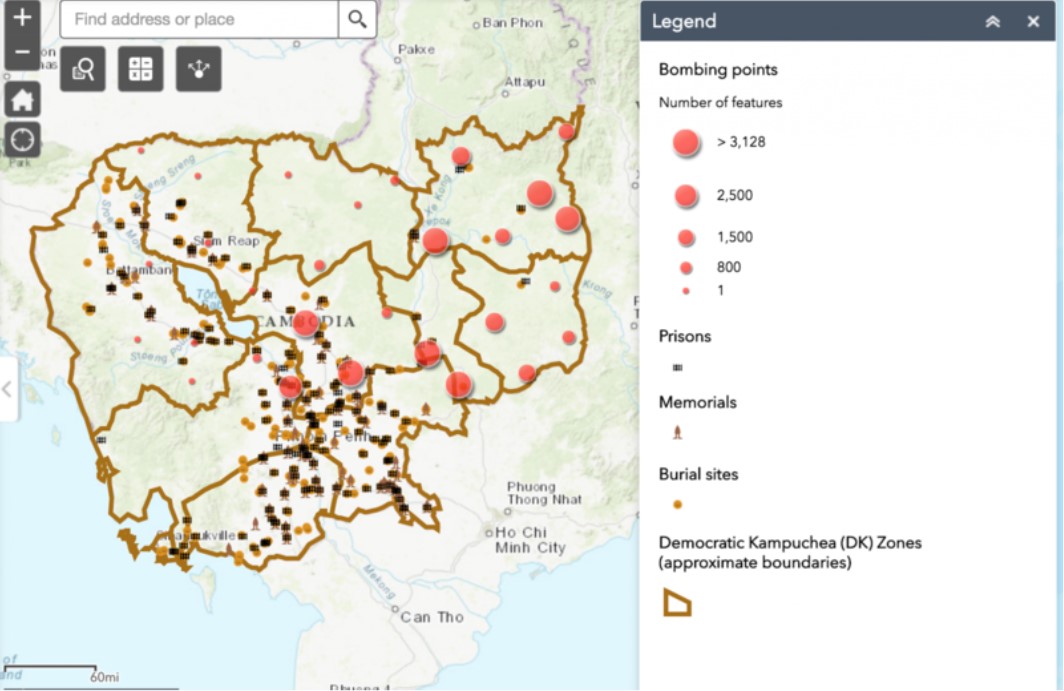 “These materials are more appropriate for teaching older students because they provide a grim and poignant reminder of the individual tragedies that underlie the staggering statistics associated with these crimes.”

Between 1975 and 1979, the Khmer Rouge, under the direction of Pol Pot, murdered 21 percent of the Cambodian population (1.3 million people). The sheer scale and brutality of these atrocities make it both very difficult and extremely important to study. This website does an excellent job of providing rare and informative resources related to this terrible period in human history. It is one of several maintained by the Yale Genocide Studies Program and is intended to both inform the public about the Cambodian genocide and to help bring those responsible to justice.

The site is divided into eight sections that are designed to be visited sequentially. “The CGP, 1994-2006” provides terse background information on the project and a brief summary of the Cambodian genocide. This introductory section is followed by “Tribunal News” which provides a roughly chronological list of 23 articles and legal documents, including one audio file, that pertain to the efforts being made to prosecute those responsible for the atrocities. Many of the archived articles, dating back to 1999, are links to other websites and a couple of them are not working. Despite that, the bibliographic information is of significant value.

“Databases” provides links to four extensive online databases run by the program. These databases have a good search engine, which is needed to sift through the thousands of cataloged documents and images. The “Bibliographic Database” references more than 3,000 print and media sources relating to the Cambodian genocide. The “Biographic Database” is perhaps the most significant. This online resource preserves biographical information (including interviews with survivors) on more than 19,000 individuals who were impacted by the genocide. This information has never been preserved elsewhere, making this an invaluable resource.

The “Resources/Publications” section contains an impressive collection of 16 pertinent articles and seven English translations of Khmer Rouge-era documents, including some of Pol Pot’s personal files. This section also contains further bibliographic information on more than 50 books, articles, and films which will be of great value to anyone doing further research on this topic.

Without a doubt, the “Photographs” section is among the most chilling portions of the site. When coupled with the biographical materials and interviews, it provides a very human face to the overwhelming nature of this tragedy. More than 10,000 photographs of those who were systematically imprisoned, tortured, and killed by the Khmer Rouge are provided. The Khmer Rouge routinely documented individuals before they were imprisoned and executed. This database is primarily intended to help those impacted by the genocide to learn the fates of their loved ones. For this reason the photos are searchable by various categories, including gender, age, and clothing.

These materials are more appropriate for teaching older students because they provide a grim and poignant reminder of the individual tragedies that underlie the staggering statistics associated with these crimes. This section also contains photos of the Choeung Ek killing fields and the infamous grade school that that was transformed into a gruesome prison, known as Tuol Sleng or “S-21.”