Built from the ground up through rigorous collection, collation, and analysis of Australian Defence Force records by an interdisciplinary team of experts, Australia’s Vietnam War is an excellent contribution to the digital humanities space from the Land Down Under. The project chronicles the Australian contribution to the American War in Vietnam and serves as an important means of disentangling both the conflation of the American and Australian experiences of the conflict as well as long-held myths regarding the role and conduct of Australian troops in Vietnam.

The front page provides a snapshot of the broader website featuring excerpts of the latest news regarding the project, the latest images submitted from the community, a brief tour through ‘This Week in History’ during the war, and the Roll of Honour of the troops that died in Vietnam. Alongside the home page, the ‘News’ section provides visitors with short updates on the project and links to research outputs from the team though this has not been updated since April 2020. The ‘Articles’ section features short pieces that explore the contributions of the Royal Australian Navy, the Australian Army, the Royal Australian Air Force, and the New Zealand Army to the American War in Vietnam. In the ‘About’ section, there is important information about the website and project, the team behind both, a handy glossary of terms, links to external websites, information about the technology behind the Battle Map, a meta-history of the development of the 1 Australian Task Force Contact Database which formed the basis of the Battle Map, and a version history of the Battle Map.

Undoubtedly the lynchpin of the entire site and project, the Battle Map is a powerful tool that combines comprehensive archival research, geo-mapping, and data visualisation into a user-friendly and modular user interface that provides researchers, educators, and students a chance to ‘see’ Australia’s troops in action during the American War in Vietnam. Through a thoughtful blend of text, photographs, cartographic material, and graphs, the developers have succeeded in bringing Australian combat experiences to life. The map is centred around ‘contacts’ or instances of combat between Australian military forces and North Vietnamese regulars or anti-government South Vietnamese guerrillas. Visitors can learn more about each incident by clicking on the individual red dots on the map or keyword searching through the provided search bar. Interacting with each contact brings up a pop-up that includes key details such as the name of the operation, the date of the contact, the coordinates of the engagement, the units involved, the number of personnel involved on both sides, deaths on both sides, and injuries on both sides. Additionally, the incident report from which the contact is drawn from is listed in full with a reference to the original archival source as well as an option for community members to add a note. In one case of an operation to clear a bunker near Ap Hai, a former serviceman added details of his experiences during the operation. Accompanying the map and the individual contact reports are a variety of analytics. The main one that features just beneath the map are graphs providing a birds’ eye view of the Australian military experience, listing the number of incidents each month from May 1965 to November 1971. In addition, there are charts and graphs that visitors can browse that track incident frequency, battle damage, loss ratio, weapon usage, and personnel.

While the project seems to primarily target researchers, there are nevertheless a number of ways to use the website and the Battle Map in an educational context. The articles provided on the site may be somewhat too short to serve as readings but could be used as overviews for topics and used in combination with secondary source material cited in those articles as well as the substantial scholarship on Australia’s military commitment to Vietnam. The Battle Map opens up more options for the classroom. In the first instance, teachers can assign students with an area or operation to analyse and getting them to compile incident reports in order to generate a strategic view of the situation in a particular province at a particular point in time. Alternately, students could be asked to analyse how combat engagements changed over time in terms of the type of contacts, the composition of forces on both sides, and the frequency of contacts over the course of the Australian presence in Vietnam.

Australia’s Vietnam War is a rigorously researched and well-presented project that highlights the role of Australian troops in the American War in Vietnam. Providing a comprehensive look into Australian operations during their relatively short stint in-country, it serves as a useful public chronicle of an important but deeply-flawed moment in Australian military history. 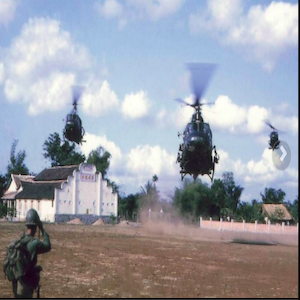 “The project chronicles the Australian contribution to the American War in Vietnam and serves as an important means of disentangling both the conflation of the American and Australian experiences of the conflict as well as long-held myths regarding the role and conduct of Australian troops in Vietnam. ”