The Taoist Priest of Lao-Shan 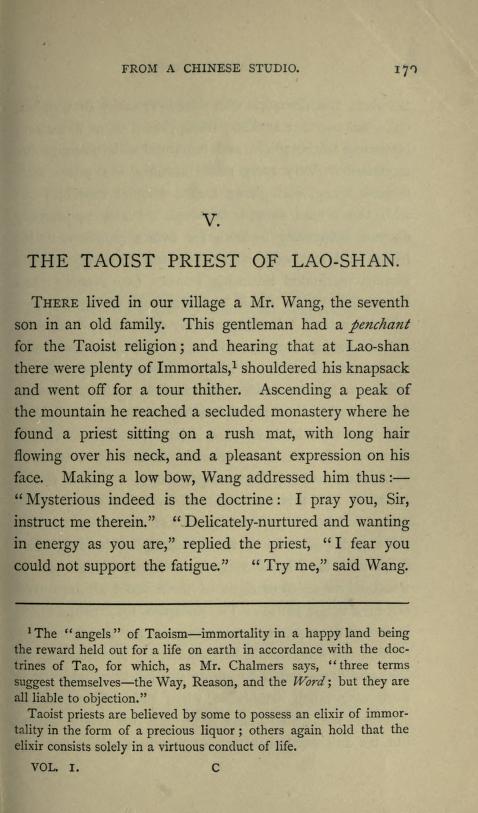 "The Taoist Priest of Lao-Shan" is a folktale with a moral lesson. The tale uses religion as a device to instill in children the traits desired by upstanding citizens within the culture at that time. "The Taoist Priest of Lao-Shan" comes from a collection of stories called Strange Stories from a Chinese Studio written by P'u Sung-ling. The stories derive from an oral tradition and were first published in the 1700s. This folktale, like many others in the collection, critiques the culture of China during this period. The document tells a story of temptation and greediness. The folktale portrays a man who is tempted by immortality and is not willing to work for his goal. Eventually, his greediness leads him to humiliation. The story is useful in understanding Chinese culture and what was expected of children as it examines the Taoist beliefs and the moral expectations in China.

This source is a part of the Children, Culture, and Folktales teaching module.