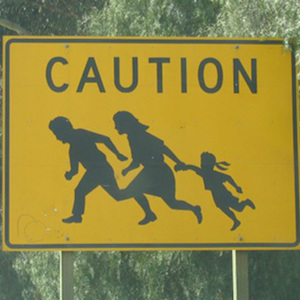 The phenomenon of migration is as old as the evolution of human beings, which predates even the concept of world history. The interlocking relationship between human evolution, migration and the diaspora is best understood through the migratory nature of humans; a significant epoch in world history. The scientific evolution of humans, beginning with the oldest man-ape; Homo Habilis, Homo Erectus, Homo Heidelbergensis to the modern Homo Sapiens all reflected the necessity of migration for survival and security. The Paleolithic, Mesolithic, Neolithic and Metal age of human developmental histories all suggested a chain of transformation through constant human migration and exploration of their immediate physical environment. The legendary archaeological discovery of L. S. B and Mary Leakey at Olduvai Gorge, Tanganyika in 1959, of which traces of old living sites and stone tools associated with the largest man-ape skull, incontrovertibly confirmed that the evolution of human beings began in the continent of Africa. Accordingly, the Homo-Habilis and Homo-Erectus were known to be confined in Africa, progressively the Homo-Erectus spread through Asia and Homo-Neanderthalenisi migrated through Europe. However, it was around 50,000 to 46,000 years ago that the modern man Homo Sapien reached Australia. The transformation of man to Homo Sapien, described as the bipedal man, sophisticatedly mobile, mentally conscious of his identity and environment could be said to be the threshold of the global diaspora. Migration and diaspora are inseparable twins of identical characteristic. However, the former precedes the latter, consequently, there is no diaspora without migration. The term diaspora is historically linked with the exodus migration of the Jews from Egypt to the promised land of Israel. Furthermore, it is linked to the emergence of Jewish nationalism and identity across the continent of Europe which was the foundation of the Zionist movement since the 19th century.