A Narrative of the Life of Mrs. Mary Jemison 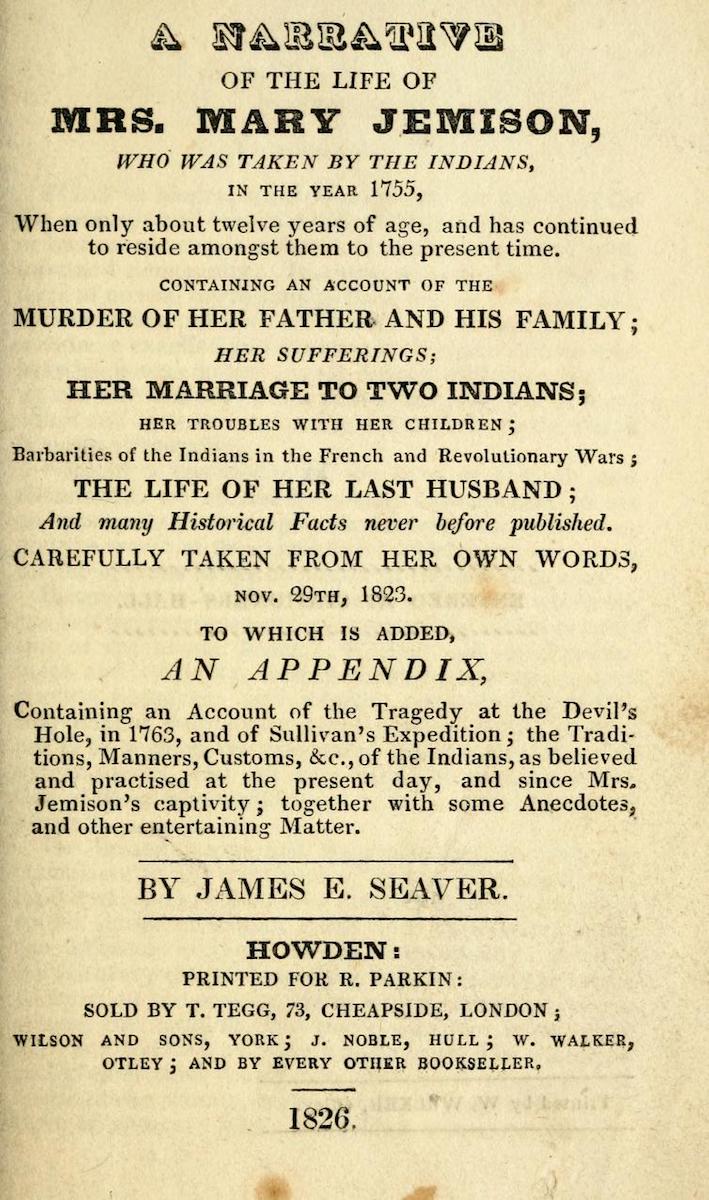 In 1753, 15 year old Mary Jemison was captured by Indians along the Pennsylvania frontier during the Seven Years' War between the French, English, and Indian peoples of North America. She was adopted and incorporated into the Senecas, a familiar practice among Iroquois and other Indian peoples seeking to replace a lost sibling or spouse. Mary married and raised a family in the decades before and after the American Revolution; many captives, once adopted and integrated into an Indian community, refused the opportunity to return home, finding life in Indian society more rewarding. In 1823 Mary Jemison related her life story to James Seaver, a doctor who lived near her home in western New York. Seaver's story of "the white woman of the Genessee," as she became known, sold over 100,000 copies in 1824.

"A Narrative of the Life of Mrs. Mary Jemison," in World History Commons, https://worldhistorycommons.org/narrative-life-mrs-mary-jemison [accessed August 13, 2022]