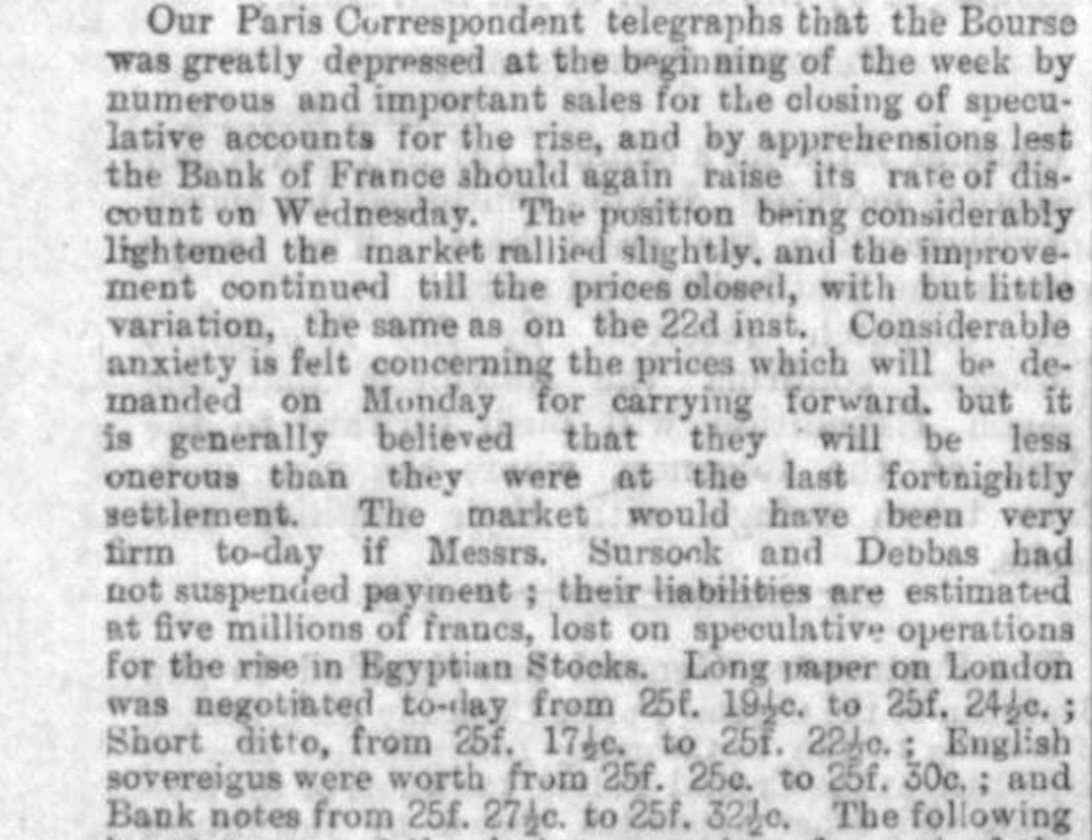 The London Evening Standard reported in 1881 that one transaction from the Sursuq (Sursock) and Debbas families caused the French stock market to decline. The Levantine companies had accumulated significant capital from silk and futures trading throughout the mid-nineteenth century. By the late-nineteenth century the Beirut-based family companies wielded so much economic, political, and social power that they could dictate the terms of the global market with one bad business decision. When the Levantine companies lost money, the global market also suffered a loss. This source is a part of the The Forgotten Beirut-based Companies in the Global History of Capitalism teaching module.