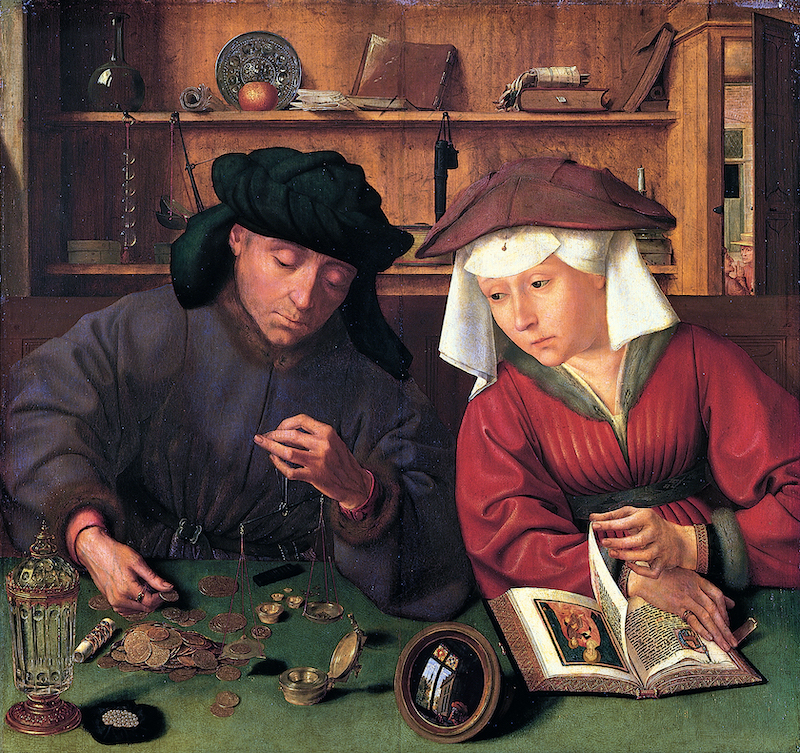 “The Medieval and Early Modern Data Bank provides straightforward database access to five sets of data on European currency exchange and commodities prices from the 13th through the 18th centuries. ”

The Medieval and Early Modern Data Bank provides straightforward database access to five sets of data on European currency exchange and commodities prices1 from the 13th through the 18th centuries. The data have been compiled from print publications (published between 1943 and 1997) dealing chiefly with the Rhineland, the Low Countries, and Venice, although comparative exchange data from other regions are provided by some of the databases. Some additional data have been donated by authors to complement the material drawn from their books.

Three of the sets provide data on currency exchanges. Currency Exchanges (Metz) contains almost 51,000 data items.2 For students, however, it is one of the more awkward databases to use. It provides gold or silver weight equivalents for “moneys of account” (i.e., ledger values of money rather than actual coin values) for almost 30 cities and regions, mainly in German-speaking lands and the Low Countries, but also including Milan, Venice, France, England, and all of Europe (as a general category). The four query categories are coin (e.g., Cologne ducat) or ratio (e.g., changes over time in the value of silver coinage compared to an index rate); relationship (queried coin or ratio values in terms of other coinage, precious metals, or indices); place; and year (1303-1815 for the entire database). The trick is knowing which coin is valid for a particular exchange relationship, place, or span of years. Novice users would do well to enter values in only one query field at a time—otherwise, searches will frequently turn up empty.

There are two other exchange databases. Currency Exchanges (Mueller) provides approximately 7,300 data items for the years 1383-1411.3 Drawn from the vast correspondence archive of the famous merchant and banker Francesco di Marco Datini (1335-1410), this database cataloges exchange rates quoted in thousands of letters written by Datini agents in Venice, and allows the user to correlate the value of Venetian currencies with those of 11 other cities from Barcelona to Rome. Although query entry is simple, a user unfamiliar with the methods of economics should read the database’s thorough introduction before drawing conclusions from search results.

Currency Exchanges (Spufford) contains more than 13,000 data items spanning approximately 500 different currencies, 520 place-names, and the 12th through 15th centuries.4 It presents equivalency problems similar to those noted for Metz’s currency exchange set described above, although Spufford offers no field whereby the user can query the database by date. However, query options do include a valuable “type of exchange” field, where the user can search for exchange data within the context of specific transactions, such as bills of exchange, loans, and wage accounting. The introductory essay on monetary exchange is valuable: it explains not only the technical issues of exchange, but also summarizes several primary-source examples (such as dealing with money-changing and bills of exchange) that give the user a clear picture of the workings of late medieval and early modern European economies.

The two final data sets cover prices for grain and other commodities in Cologne and Amsterdam. Prices (Metz)5 offers data on prices and sales volumes of barley, oats, rye, and wheat in Cologne markets for the period 1531-1797. Prices (Posthumus)6 contains Amsterdam market data (for the years 1572-1813) spanning almost 300 commodities as commonplace as Frisian herring or as exotic as camel hair from Aleppo—not to mention “Irish meat of the preceding year”!

The site’s chief defect—its inability to generate graphs dynamically from data search results—is easily remedied and can happily be put to good use as a teaching moment. (There are occasional examples of helpful fixed graphs, however.) With every search or data query, a result page is provided that not only displays a table of results, but also provides a link to a page where search results can be exported to a file readable by Excel-compatible spreadsheet programs. Once downloaded and transferred into a spreadsheet program, the data can be manipulated (especially by removing or deselecting unnecessary columns) and displayed in any number of graph types.

For example, I was curious about the possible effect of the Thirty Years’ War (1618-1648) on the consumption and prices of grain. Using the Prices (Metz) database, I ran queries on oats and wheat sales and prices in Cologne for the period 1600-1650. Following the directions provided via a link on the search results page, I was able to import this data into spreadsheet files without too much difficulty. Judicious copying and pasting allowed me to create a comparative sheet and graph that displayed a dramatic downturn in wheat and oats sales, though not prices, from the 1620s through the 1640s. Students learning about the serious drop in German population during the Thirty Years’ War would be able draw tentative conclusions from such data, namely, that demand for grain tapered off dramatically as a result of depopulation.

Note, for searches such as this one, that some of the databases allow the user to query not only year, but also month and even week values. While this is useful for short spans of time, a search covering several years or decades may produce too much data to be graphed clearly. Unless the user is prepared to average the data year by year in the spreadsheet program, one may wish to choose only one or two weeks per year for the query.

Assignments patterned along these lines should appeal to teachers who wish to introduce their students to basic quantitative methods within the context of world history classes. These types of exercises also give the students valuable practice in learning how to organize data properly in a spreadsheet program.