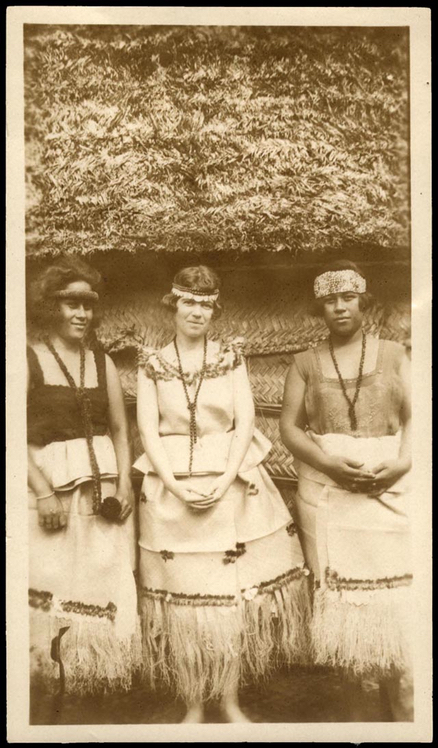 In 1928, Martha Mead published Coming of Age in Samoa, an anthropological work based on field work she had conducted on female adolescents in Samoa. In Mead's book that became a best seller and unleashed a storm of controversy, she argued that it was cultural factors rather than biological forces that caused adolescents to experience emotional and psychological stress.

Mead's work had taken shape against a backdrop of broader anxieties about American youth generally and female adolescents specifically who were openly challenging social and sexual mores. Many contemporaries believed that the "storm and stress" of adolescence was biologically determined following a three-volume study of largely male adolescents by American psychologist G. Stanley Hall in 1904. Under the direction of her mentor, the anthropologist, Franz Boaz, Margaret Mead sought to study whether adolescence was a "period of mental and emotional distress for the growing girl as inevitably as teething is a period for the small baby? Can we think of adolescence as a time in the life history of every girl which carries with it symptoms of conflict and stress as surely as it implies a change in the girls' body."

In 1925, Mead observed, interviewed, and interacted with 68 girls between the ages of 9 and 20 living in three villages on the island of Ta‘ū in American Samoa. After 9 months of study, Mead concluded that unlike stressed American girls, the well-balanced and carefree nature of sexually-active Samoan girls was due to the cultural stability of their society free of conflicting values, expectations, and shameful taboos. Largely relieved of the baby-tending responsibilities that had burdened them as little girls, Samoan adolescents reveled in their freedom and deferred marriage during this "best period" in their lives.

This is a photograph of Margaret Mead (center) and two Samoan adolescents. Mead donned a Samoan wedding dress woven by Makelita, the last Queen of Manu'a. (Mead's Samoan name was also Makelita). This photograph was one of three included in a letter to Ruth Benedict (dated February 10, 1926) in which she commented about her appearance, "I look very prim and proper and unpolynesian."