The Letters of Marie Mancini

As noted in the website’s title, The Letters of Marie Mancini endeavours to digitise, transcribe, and eventually translate the numerous letters of Marie Mancini. Born into an aristocratic Italian family in the 17th century, Mancini’s initial claim to fame stemmed from her being Louis XIV’s first love. The Sun King’s affections aside, Mancini also found additional infamy via her travels with her sister throughout Western Europe.

To date, the site notes that approximately 100 out of the 900 or so letters from Mancini to various individuals have been transcribed. Exploring the site further, however, it would seem that only 6 of them (i.e. the ones that also come with an English translation) are currently available to view. While this limits the useability of the site somewhat, the site has nevertheless still be thoughtfully set up with an eye to adding new content in the near future.

To that end, site users have a number of options for exploring Mancini’s letters. Using the Browse tab, users have the option of filtering through the letters according by language, sorting them by date, or looking up specific words within the letters themselves – this covering most of the usual search-bar functions. The People and Places tabs, in turn, list the people and places which have been mentioned in Mancini’s letters. Notably, some of these come with short explanatory blurbs. Useful as these blurbs are, it would be good to see these expanded upon with slightly more detail, especially if these are to increase with the addition of new letters.

These options aside, users can also use the Map tab to explore the location from which Mancini wrote each letter. This is an excellent way of visualising the exchange of information and it’ll be interesting to see how the map expands when new letters are added. While perhaps beyond the current scope of the project, it would also be useful to see where each letter was being sent to, this adding another layer into the network of Mancini’s correspondence. Lastly, the Timeline tab offers the ability to view Mancini’s letters according to year, though as with the above, this option will become more useful once more letters have been included. Additionally, given that the site mentions Mancini’s travels around Europe, it would be a nice touch to have the ability to overlay the Timeline and Map functions over each other – though as also noted above, this might be slightly beyond the scope of the current project.

With regards to the actual digitised versions of the letters themselves, the team has done a great job of transcribing, translating, and even annotating the content of the letters. The main page for each letter is thereby split into two columns: the first being a viewing panel for the original letter, and the second containing the text of the letter. For the latter, the text can be viewed as an English translation, raw text (i.e. transcribed directly from the letter itself), or edited (i.e. cleaned up for ease of reading). The team has also provided a number of annotations in most of the English translations, and some names/places have been hyperlinked to their relevant entries in the People and Places sections – this being very useful for keeping track of each one. Further to that, there is also an option to view each letter on the aforementioned timeline, though with all 6 letters letters only spanning across 1672-1673, this option is sadly limited at the moment. Another notable aspect of the digitisations is the ability to download information about the letters either via a CSV or Excel file, though the information in the latter seems to have run into some minor transference issues. Nevertheless, this is a great option to have on hand for research purposes, especially if hundreds of Mancini’s letters eventually become available.

While the lack of content on the site might make it a bit difficult for K-12 educators to incorporate it into their lessons, some of the annotated English translations might be included as useful examples for units on global history. Mancini’s reference to multiple people and places in the same text might be used as a means to explore the movement of people during this time – why and where they travelled, as well as their companions. Students can also be asked to consider how Mancini’s situation was unique in comparison to other women during the period, or even other men of similar rank.

Overall, The Letters of Marie Mancini is off to a great start and will definitely be a project to keep an eye on as more content is added. Given that the site’s landing page notes that 100 letters have been transcribed so far, it seems like only a matter of time until more content is uploaded. The site’s great strengths currently lie in its annotated translations and ease of use, with the team having obviously given some thought to how users might want to explore these letters. With the site set to expand, it would be good to see additional information on Mancini herself be included in the form of a short historical essay, or for a reading list on Mancini to be written up. As it currently stands, the site requires just a bit more historical context to make it accessible to readers not already familiar with Mancini. Nevertheless, this project will be one to watch and stands to be an important addition to the resource lists of interested historians and teachers alike.

"The Letters of Marie Mancini," in in World History Commons, https://worldhistorycommons.org/letters-marie-mancini [accessed January 20, 2022] 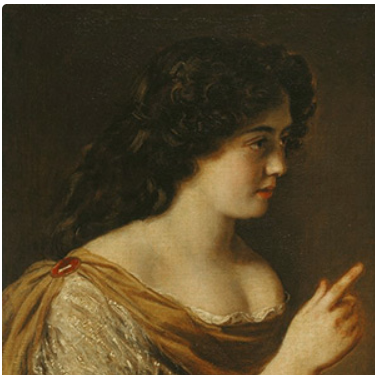 “The site’s great strengths currently lie in its annotated translations and ease of use, with the team having obviously given some thought to how users might want to explore these letters.”