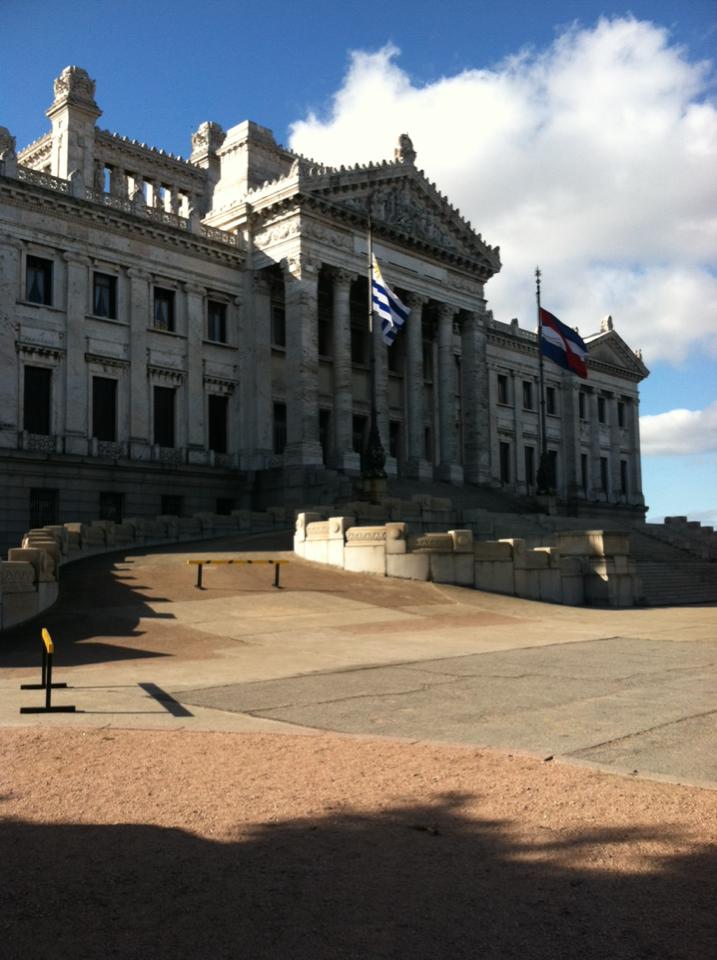 The Legislative Palace of Montevideo, Uruguay, was built in the early twentieth century. Construction lasted from 1904 to 1925 under the supervision of Vittorio Meano and Gaetano Moretti. It is located in the Aguada barrio, or neighborhood, of the city. Since Montevideo is the capital of the nation of Uruguay, the Palace houses the major legislative bodies of the nation. Its completion in 1925 coincided with the centennial anniversary of the Declaration of Independence of Uruguay.