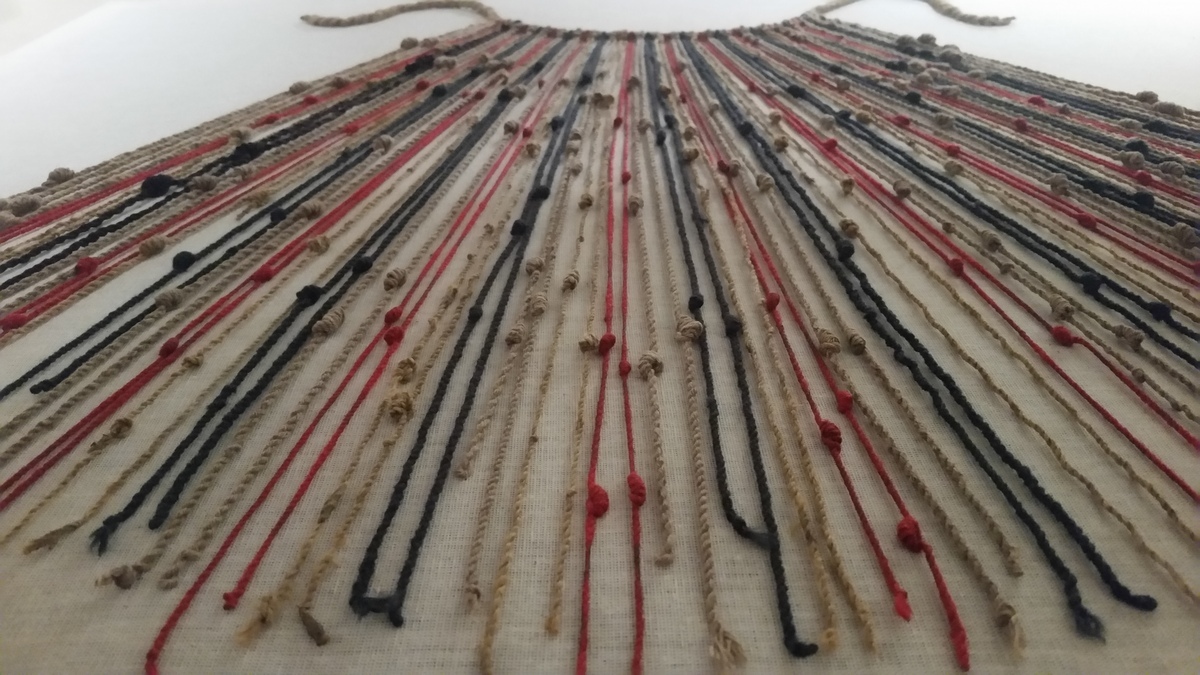 Andean peoples, including the Incas, recorded information on khipus (also spelled quipu), collections of colored and knotted cords such as this one. Khipus seem to have primarily recorded financial and labor obligations, the output of fields, population levels, land transfers, and other numerical records. Scholars have deciphered the way numbers were recorded on khipus, finding a base-ten system. Khipus may also have been used to record narrative history, but this is more speculative, as knowledge of how to read them died out after the Spanish conquest. Just as the Spanish destroyed books in Mesoamerica, they destroyed khipus in the Andes because they thought they might contain religious messages and encourage people to resist Spanish authority. About 750 Inca khipus survive today, more than half in museums in Europe.

This source is a part of the Long Teaching Module: Inca Society teaching module.