The Gulag Online Museum was created in 2009 by historians and political activists to present a virtual tour of gulag camps. Its virtual museum “present[s] the basic form and dimensions of Soviet repression through a virtual reconstruction of a Gulag camp, specific life stories, selected objects, documents and texts. We have attempted to deliver a representative selection of essential information; our ambition is not to cover every detail of the Soviet system of repression.” In so doing its contributors have worked closely with its partner, the Institute for the Study of Totalitarian Regimes, also based in the Czech Republic. While both organizations provide material for its visitors that may not be easily found elsewhere, the site is somewhat complicated to navigate and may require patience to find material that could be useful for the classroom. Future work is planned to add more stories and context to the site.

When one clicks on Enter the Museum or Projects, one is directed to the Gulag Online link, where one begins the tour. The tour takes visitors to other links: People, Places, Items, and Articles. The tour places all of this information on a virtual interactive map of the former Soviet Union and other countries in Eastern Europe. Under each of these four links, as of December 2020 there are a variety of interesting materials. Under People there are numerous categories and one find biographies, pictures, and some videos under each of those categories or links: 3 of whom were listed under Pre-war Repression, 6 of whom were refugees, 15 are abductees, 24 are Gulag prisoners, 2 are under Gulag Deaths, 10 are recorded survivors, 14 are Czechoslovaks, 10 are Poles, 1 Hungarian, and 7 persons from the Baltic States.

Under Places there are numerous labor camps with other related links. Under Items are included a variety of primary documents and artifacts. Under Articles educators could find intriguing materials about the camps along with links to the expeditions that were done to uncover these materials.

A possible classroom activity or research assignment could be a scavenger hunt of sorts and then with additional research students could place the material that they find in the historical context that is otherwise missing from this site.

This is indeed a worthwhile site for educators who are interested in searching for labor camps that were used as part of the Soviet Union and its allies; individual stories and artifacts illuminate the site further. However, given the lack of historical context and the parallels made with Nazi Germany through the work of its partner organization, the Institute for the Study of Totalitarian Regimes, may frustrate some who also look for more information – the extensive bibliography section, however, is a good starting point. 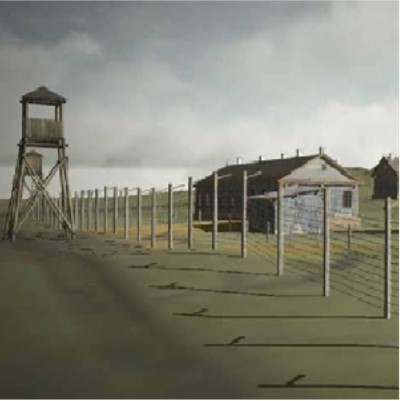 “This is indeed a worthwhile site for educators who are interested in searching for labor camps that were used as part of the Soviet Union and its allies.”