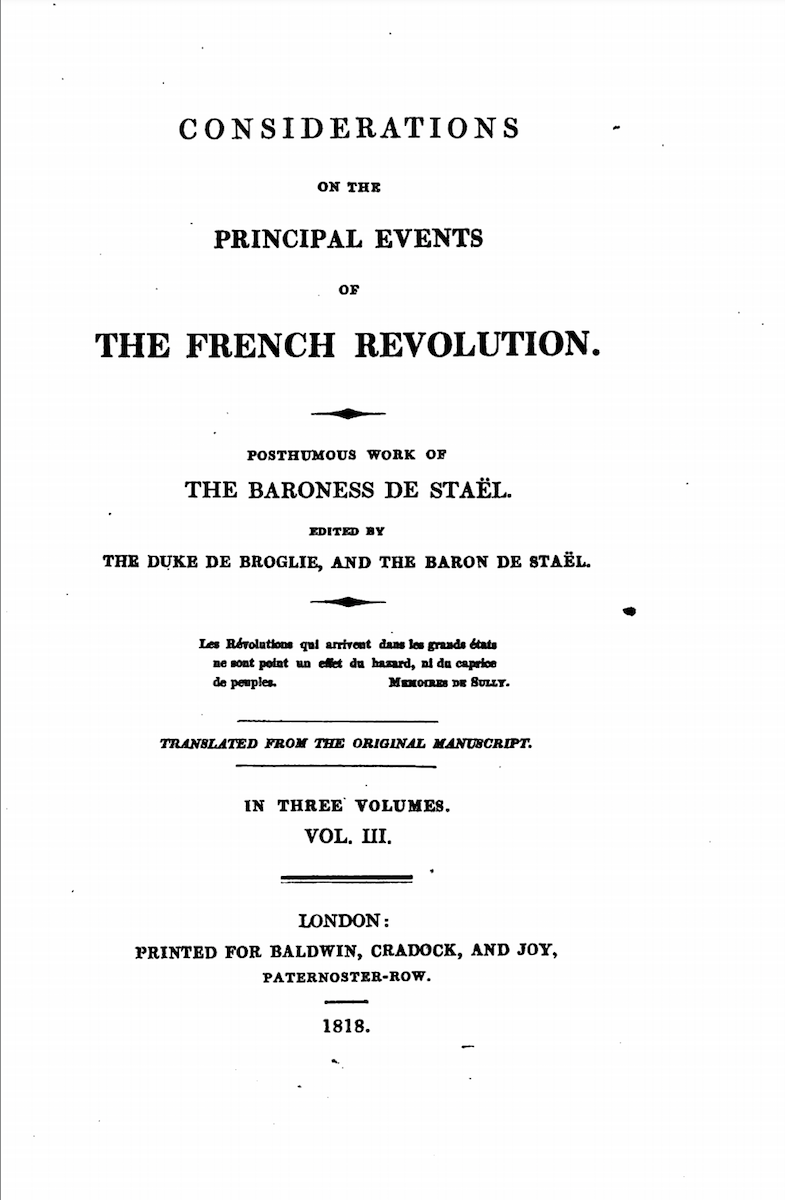 De Staël was the daughter of Jacques Necker, Louis XVI’s Swiss Protestant finance minister. She published novels, literary tracts, and memoirs and became one of the best-known writers of the early nineteenth century. Napoleon exiled her in 1803. In the following excerpts, she describes her first meetings with him in 1797 and her judgment of the man.

Baroness Germaine de Staël, Considerations on the Principal Events of the French Revolution, 1818.