The Gate of Heavenly Peace 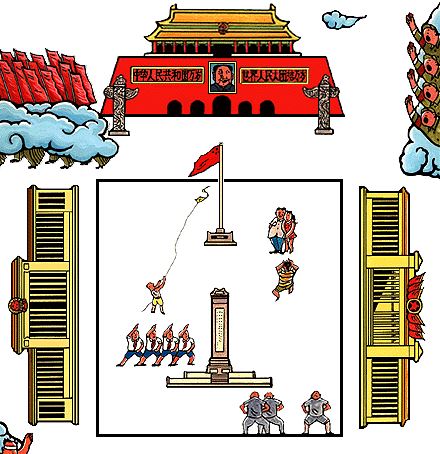 “In general, this website is strongest in fulfilling its original purpose—providing supplementary materials and information for an excellent documentary.”

This site was designed to accompany the Frontline (PBS) documentary “The Gate of Heavenly Peace.” This critically acclaimed three-hour film is one of the most balanced treatments of the popular protests in the People’s Republic of China (PRC) that culminated in a violent government crackdown on June 4, 1989, now known as the Tiananmen Square Massacre. The filmmakers, Carma Hinton and Richard Gordon, who have produced ten documentary films mainly dealing with the PRC, designed the site. In general, this website is strongest in fulfilling its original purpose—providing supplementary materials and information for an excellent documentary.

A series of links at the top of the home page lead to the site’s five main English-language sections: 1) Film and Media; 2) Tiananmen Square Tour; 3) Themes; 4) Chronology; and 5) Additional Readings and Links. Navigation of the site is straightforward and is made even easier by a sixth “Site Map” link. A seventh link leads to the site’s Chinese-language section.

A wealth of supplementary materials and study aids can be found within the “Film and Media” section. These include an overview of characters in the documentary, a full transcript of the film’s narrative, and a detailed archive on the critical reception of and public controversy over the film upon its release in 1995. Another important link within the “Film and Media” section is entitled “Media Studies: Making the News.” These materials facilitate a critical examination of how the Chinese and foreign media covered the protest movements. Most important are two studies published by Harvard University’s Kennedy School of Government, available in their entirety. With resources like these, teachers and students might explore mass media’s central role in the realm of politics as well as in the shaping of collective memory.

In the “Themes” section, Hinton and Gordon provide brief introductions to a number of debates that remain at the center of Chinese political life over the past century. These include the meaning of “democracy”; reform vs. revolution; the definition and importance of “human rights”; and the power and significance of “nationalism” or “patriotism.” These are convenient topics for organizing classroom discussions. To this, one might add the ongoing debate over the formulation of U.S. policy towards the PRC. Should the U.S. government support a policy based upon the moral tenets of “democracy” and “human rights” or should it pursue a policy of “constructive engagement” aimed at increasing trade? Some students may express more interest in the relationship of popular music to politics in China and can explore this subject using the audio clips in the “Media Library” as well as the section on popular music at the China in Red website.

The “Additional Readings and Links” section is divided into three subsections. The first, and most valuable, makes available in their entirety a host of relevant documents, including contemporary newspaper accounts, first-hand narratives of participants, analysis by foreign observers in both the capital and the provinces, and the official government account of “the turmoil.” A fruitful exercise might be to assign students a particular position from among this wide spectrum of viewpoints to research, debate, and defend. The second subsection provides links to related websites on topics such as China Studies, Human Rights, Film and History, and Film Studies. The third consists of two useful bibliographies of further readings on China in general and Beijing Spring 1989 in particular. These bibliographies, however, have not been updated since 1994.

Both the film, “The Gate of Heavenly Peace,” and its accompanying website fit well into a world history curriculum. It would probably be most helpful to situate the popular protests that broke out in major cities across the PRC in spring 1989 within a broader historical context of the post-socialist market reforms implemented since the late 1970s, not only in the PRC, but also in the former Soviet Union and the Eastern Bloc. In this sense, the decade of the 1980s can be seen as a watershed in world history—at once representing the denouement of the Cold War and the beginnings of “globalization” or “economic liberalization.” The PRC may be taken as an important case study of this historical trend. Indeed, underlying the tumultuous events of Beijing Spring 1989 are the still pressing issues regarding the social costs of market reforms and the various effects of economic restructuring upon the lives and futures of ordinary people. Useful comparisons might be made between post-Soviet Russia and a re-unified Germany.