Freedom on the Move

Led primarily by academics from Cornell University, Freedom on the Move is a crowdsourced, multi-institutional effort to create and maintain a database of ‘runaway ads’. Oftentimes, these were posted by enslavers seeking to locate runaway enslaved people who had attempted to escape North American slavery, though there were also ads that described apprehended fugitives for the benefit of enslavers seeking their own runaways. While it must be noted that all the information about enslaved peoples captured by these ads have first been filtered through the lens of the enslavers themselves, the details that they offer up still prove immensely valuable today – these including individual personalities, appearances, personal histories, and journeys.

Given this brief context, Freedom on the Move is thereby an ambitious attempt to collect scans of, and information from these ads into one searchable database. At time of writing, there are almost 35,000 ads available, many of which have been transcribed. Interestingly, beyond the usual transcription, the database also provides a breakdown of information such as specific physical characteristics (e.g. gender, age, height, weight, injuries etc.), skills (e.g. literacy, known languages), location, and reward for apprehension. The names and locations of enslavers have also been provided, all of which makes for easy collating for research purposes.

Searching for these ads is a fairly straightforward process, with users being able to toggle between a number of settings. These include but are not limited to: the ad language, which party posted the ad, publication date and name of the newspaper it appeared in. Users can also search by the details of the person in the ad or the enslaver, as well as the runaway event itself. On a slightly more technical note, users have the ability to filter results according to whether ads have been ‘completed’ (i.e. the information about the ad has been approved by the site’s moderators) or fully transcribed.

At this point, it would be apt to note that Freedom on the Move is mostly crowdsourced and members of the public are invited to contribute either by filling out/proofreading information about an ad, or determining whether an ad has appeared multiple times in a newspaper. Each contribution is then vetted by a project moderator, though ‘incomplete’ contributions will nevertheless still show up as search results. Overall, this is an ingenious method of processing such large datasets and more than 11,000 contributors have since assisted with over 17,000 contributions, with that number set to keep increasing with time.

Ads aside, the Freedom on the Move team has also provided 9 usable lessons for K-12 educators. While some of these are more detailed than others, each can be applicable across multiple grades and in some instances, even subjects – making the resource a very versatile one indeed. Take for instance Cora Davis’ lesson which invites students to first analyse the text of ads between 1850-1860 and then create a timeline from them. Throughout the course of the lesson, students can learn about what individual lives were like during that period and also further explore how the ads intersect with other major historical events. Students also have the option of trying to compose a journal entry from the perspective of the enslaved person they’ve come across in an ad, thereby making this lesson adaptable for language arts classes as well as history ones.

In terms of website presentation, the project’s overall interface makes the database very easy to search, use, and contribute to. Instructions are clearly written and the clean, fairly minimalist design ensures that the amount of information presented for each ad doesn’t end up looking too overwhelming. Beyond the usual information about the project team, their funding sources, collaborators, and additional social media pages, the project’s landing page features 3 main links: the database itself, a promo video, and the K-12 educator resources.

While the promo video is intriguing (indeed, it features an ad from Thomas Jefferson), perhaps a bit more information about the project itself would have been useful. This is a minor critique that might be extended to the rest of the site as a whole, given that macro-level information is hard to come by. The short blurbs about the project could be supplemented with details about where these ads are being sourced from, how the process works, and how the public can contribute. As it stands, users will first have to create an account before finding out what, exactly, is required of them for crowdsourcing purposes. At-a-glance general information that establishes the parameters of the database (such as regions being covered and time-period) would also have been helpful to have on hand, though a few directed searches on the database will likely clear that up. Further to that, it would have been useful to have a brief essay-style explainer themselves (e.g. their origin, popularity, usefulness, scope etc), or even a link to other academic works about the ads, so as to provide further context and historical background.

These small critiques aside, however, Freedom on the Move remains an incredibly important asset to historical research and would be well worth any researcher’s, educator’s, or even contributor’s time. There’s a veritable treasure trove of information contained on its database and it will be exciting to see what research comes out of it in the near future.

"Freedom on the Move," in in World History Commons, https://worldhistorycommons.org/freedom-move [accessed August 9, 2022] 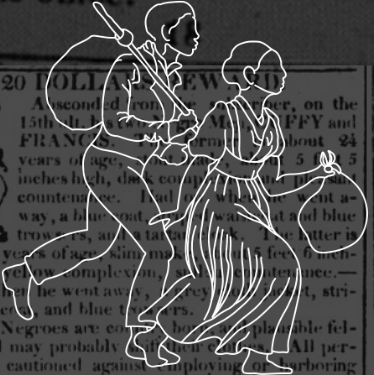 “Freedom on the Move is a crowdsourced, multi-institutional effort to create and maintain a database of ‘runaway ads’.”