This site consists of firsthand accounts of 19th-century Taiwan from the perspective of European and American visitors. These visitors, who referred to modern-day Taiwan by the name “Formosa,” produced hundreds of maps, travelogues, ethnographic accounts, and photographs, as well as artwork, leaving us a vivid picture of the island and its people. A large selection of these primary materials have been collected and reproduced here.

The site is organized well and easy to use. The materials on this site are divided into three categories: texts, maps, and images. The texts are mainly travelogues written by Europeans and Americans who conducted expeditions to Taiwan in the second half of the 19th century. There are more than 40 such texts. Some focus mainly on the movements of the travelers themselves or on the landscape they encountered, but several also contain detailed ethnographic descriptions of Taiwanese society and cultural practices. There are more than 90 maps of Taiwan on the site, mostly published in either Britain or the United States, but several fine French and Japanese maps are available. Because the maps can be enlarged without losing clarity, one can use them to obtain detailed information about local geography and place names.

The images on the site consist of drawings by six different 19th-century visitors. Most were originally reproduced in European or American magazines. The more than 90 images can be viewed by category (architecture, landscape, implements, people, and boats) or by artist. While most visitors to the site will probably be content to access the various materials simply by browsing, the site includes a search feature that allows the user to enter a keyword and retrieve primary materials relating to a specific person, topic, or place.

The site offers two interesting features in addition to the primary materials. First, the site provides a set of glossary tables that translate several commonly used English words into various Taiwanese aboriginal languages. In addition, the site includes a timeline of 19th-century Taiwanese history. Instructors should note that the timeline consists mainly of events involving Western travelers and their journeys. It is useful as a tool for exploring the materials on this site, but not as a comprehensive timeline of Taiwanese history.

Instructors of world history will find the site useful mainly as a window into the Orientalist mindset that shaped 19th-century European and American views of non-Western peoples. Most of the firsthand accounts on this site pay particular attention to the aboriginal peoples of Taiwan—as opposed to the Chinese residents whose social and cultural patterns had, by the 19th century, come to predominate in most areas. The visual and textual representations of Taiwanese aborigines available on this site closely resemble representations of other “primitive” populations that 19th-century Europeans and Americans encountered in their travels around the globe. These representations are not wholly negative. While the accounts sometimes address the violence and savagery of aboriginal society, they more often describe aborigines as “quiet and harmless” or “straight, well-formed, and vigorous.”

Furthermore, the aborigines often compare favorably to the “semi-civilized” Chinese who also resided on the island, whose society was afflicted with “luxury and effeminacy.” Instructors teaching about 19th-century imperialism and the Orientalist mindset that informed it can use the materials on this site to demonstrate how Europeans and Americans created an image of Asia to stand in contrast to the WestÂ’s own image of itself. And, as is often the case, many of the accounts here are “scientific” in nature, relying not on crude stereotyping but on the objective, precise language of biology and ethnography. While it is not difficult to find examples of 19th-century views of non-Western peoples, this is an unusually rich collection, one that includes both texts and images and is readily available. 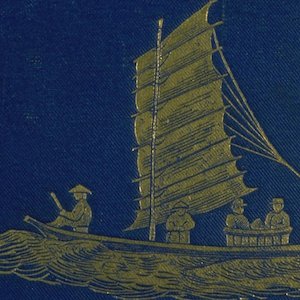 “This site consists of firsthand accounts of 19th-century Taiwan from the perspective of European and American visitors.”