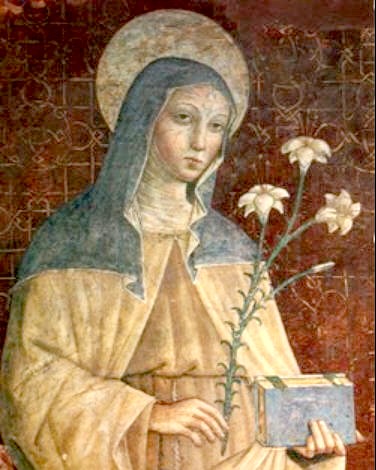 “Epistolae presumes an already developed understanding among its readers of the medieval context in which these sources were generated.”

This website provides access to a substantial body of sources documenting the religious, economic, and political lives of powerful women in medieval Europe. Epistolae is a collection of letters written or received by female nobility and prominent members of religious orders between the 4th and 13th centuries. It includes the writings of both well-known correspondents (such as Heloise and Abelard) and those of lesser-known authors. Professor Joan Ferrante of Columbia University translated the texts—composed in Latin and derived mainly from printed sources—into English. Both the original Latin and the translations appear for each source.

At present, material relating to over 200 women is available at the site, but the collection is constantly growing with users’ ongoing contributions. Many of the letters are quite short (under 250 words), but others are more than 1,000 words. The number of letters accessible for each subject also varies between one and 30. The texts discuss such material as spirituality, diplomacy, lineage, and the political maneuverings of the medieval papacy.

In some cases, viewers have access to ongoing correspondence between two parties, allowing for the reconstruction of relationships between them over time. The collection includes, for example, several letters between the 13th-century Pope Gregory IX and Clare of Assisi, a nun, that portray her struggle to receive papal recognition of a female Franciscan religious order.

Extensive scholarly notes accompany each letter. Biographical sketches (ranging from one sentence to 1,000 words) are provided for many of the women involved. Footnotes, details of publication, and, where possible, explanations of the historical context of the subject of each letter are also included. However, the site is clearly aimed at other scholars working in this historical field rather than at high school or college students.

Epistolae presumes an already developed understanding among its readers of the medieval context in which these sources were generated. Instructors will likely need to use material from other sites or texts to provide a clearer understanding of the era to students. The site’s Resources page includes links to several online reference sites (dictionaries, the Bible, medieval history sites). The search/browse functions allow viewers to browse through an alphabetical list of authors’ and recipients’ names, and the text of all letters and biographies is fully keyword searchable.

This extensive body of sources could be incorporated into classroom use in a variety of ways. Instructors might address the popular misperception of the medieval period as a static era by examining the changes the sources depict in women’s lives across time. Teachers could encourage students to analyze the Christian church’s concerns about women’s spiritual practices as portrayed in the correspondence of the early 5th century Roman noble woman, Principia, the 8th-century British abbess, Bugga, and 13th-century Clare of Assisi. They might also use these letters as a means of combating the notion that women in eras before our own exercised power exclusively in the domestic sphere by directing them to examine the substantial diplomatic and financial power wielded by such figures as the 11th-century Empress Agnes of Poitiers or the formidable Eleanor of Aquitaine.