This digital repository offers primary sources in the public domain of all aspects of the history of Christianity. It is especially strong in the areas of the church fathers from Augustine through Aquinas as well as the Reformations of the 16th and 17th centuries. The site thus contains full-text versions of most of the major writings of the most significant individuals in the history of the Christian church translated into English. At present there are more than 850 different texts available (with more added virtually every week) in full-text format online. The site is constantly being revised with new titles added every month. All texts are fully searchable with an easy-to-use search tool on the home page (users can even use Boolean operators), so specific phrases, titles, names, or subjects can be instantly located, matched, and extracted from the overall library. In short, as the website itself says, this is intended to be a basic online theological library.

It is really much more than that, however, because history students not only have access to most of the principal theological texts in the history of Christianity, they also have access here to many of the major historical documents of the history of the West. For example, there are versions of the Bible and the Psalms, not to mention copious correspondence, creeds, catechisms, and liturgies; and there are also many literary classics on the site, including the full text of Dante’s Divine Comedy. Thus, this is a treasure of primary sources for anyone teaching Western Civilization or more specialized courses in medieval or Reformation history.

Because of the search engine on the site, some of the longer texts are actually more useful online than in print form. Digitized versions of Augustine’s City of God, Thomas Aquinas’s Summa Theologica, and John Calvin’s Institutes of the Christian Religion, for just a few obvious examples, offer many possibilities that printed versions do not. Students can instantly pick out many examples of how Augustine and Calvin use terms like grace or predestination. Or they can quickly see what Augustine, Aquinas, and Calvin had to say about sex and marriage. Because these texts are so long, few instructors would ever ask their students to read these texts in their entirety. But online, students can browse and roam in them with ease, making them much more accessible to students as historical sources. At the other extreme, many of the shorter texts included in the online library are out-of-print and unavailable in any form except in major research libraries. Thus, the library makes things available to students that they would otherwise have no access to at all.

While the collection is extremely good (and still growing), it does not pretend to be complete. Students of the Reformation, for example, have many of the major writings of Martin Luther and John Calvin in the collection. But there are few writings from the secondary reformers such as Philip Melancthon, Theodore Beza, and Martin Bucer. Nevertheless, this is still quite easily the best single location of source materials in English for the Reformation period online.

Other bonuses to the site include music, audio books, and facsimile reproductions. The music collection alone is a huge library of hymns and other church music, again fully searchable not only by text but also by musical keys and themes. While not all of these are available in audio, many are, and the ability to search for specific note patterns in the music itself is a boon to musicologists. There are also a number of texts that can be listened to as well as read. Essentially “books on tape,” these texts allow students to hear how the language might have sounded. This is especially effective for some of the sermons. Finally, many texts have been reproduced as facsimile images as well as scanned texts. Students can see what a contemporary edition of a 16th-century book looked like and can learn much from title pages, typography, etc.

There are also texts in six foreign languages, with most being in Latin or Russian. There is a particularly good collection of materials on the Russian Orthodox Church.

As is indicated on the site, the Christian Classic Ethereal Library is heavily visited, with more than 20,000 users making per day from countries all over the world. It is very interactive, with a variety of ways to contact the authors, who happen to be faculty from Calvin College in the departments of Computer Science, Mathematics, and Theology. The authors have several projects currently ongoing and even ask for help from any user who wants to participate. 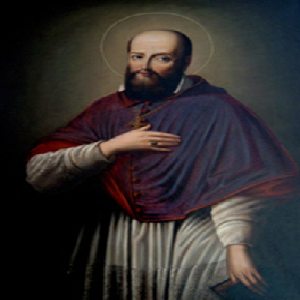 “This is still quite easily the best single location of source materials in English for the Reformation period online.”