The Chinese Whispers is a digital graphic novel produced by Chinese-Javanese-Indonesian artist and social activist Rani Pramesti. This iteration of The Chinese Whispers combines Pramesti’s personal reminisces with interviews of scholars, activists, and survivors to come to terms with the traumatic legacies of the May 1998 riots in Indonesia. An adaptation of a performance and art installation at the 2014 Melbourne Fringe Festival, the digital graphic novel represents an effort by Pramesti to create a more accessible and further-reaching platform that would get Indonesians—and others—to reflect on the consequences of the anti-Chinese violence that took place during the May 1998 riots.

Visitors are guided through the graphic novel—available in Bahasa Indonesia and English—by a virtual avatar of Pramesti, who outlines in six chapters: how she came to the project; her personal memories; discussions with fellow Chinese-Indonesian women on the nature of their bifurcated identities; interviews with experts and survivors of the riots; and the lessons she learnt along the way in terms of her own identity, the complex relationship Indonesians have with the past and present, and the necessity of confronting the past. Beyond its content, the digital graphic novel itself is commendable as it juxtaposes stunning visual art, incisive narration, oral history interviews, and subtle sound design into a compelling narrative.

While the website itself does not provide any pedagogical guides or tools, it nevertheless serves as an important and powerful—if somewhat unconventional—primary source, allowing instructors and students to grapple with a variety of topics including Indonesian history, studies of the Overseas Chinese as a diasporic community, and notions of identity and belonging in diverse, multicultural populations. In particular, instructors will find the sections where Pramesti and her interviewees reflect on their own experiences of the May 1998 riots and its aftermaths a helpful means of demonstrating to their students the complex interplay between trauma, memory, and forgetting in the production of historical narratives.

One thing to keep in mind when using the graphic novel in the classroom is that there is only rather limited historical background for the events of May 1998 in Indonesia. While Pramesti and her interview subjects discuss the events and there is a link provided in the credits to the final report on the event produced by the joint fact-finding team consisting of elements of the Indonesian government, the Indonesian National Human Rights Commission, NGOs, academics, and volunteers, it is perhaps worth providing students unfamiliar with modern Indonesian history with a primer on the lead-up to the Reformasi period in 1998 (of which the May riots played a role in bringing down the Suharto New Order regime).

The Chinese Whispers is a useful resource for anyone interested in exploring the silences around a critical moment in Indonesia’s past. It is a rich and innovative multimedia project that can serve as a model for new approaches to the digital humanities. 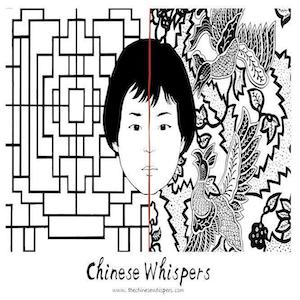 “[The Chinese Whispers] serves as an important and powerful—if somewhat unconventional—primary source, allowing instructors and students to grapple with a variety of topics including Indonesian history, studies of the Overseas Chinese as a diasporic community, and notions of identity and belonging in diverse, multicultural populations.”