Charlotte Temple: A Tale of Truth 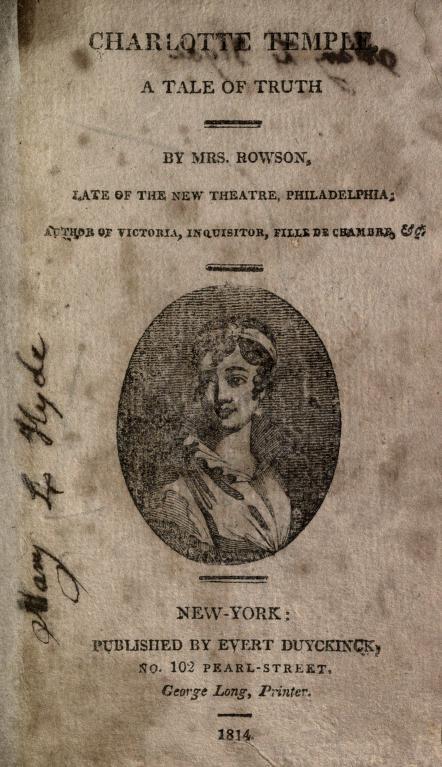 Charlotte Temple: A Tale of Truth, published in 1791, was the first American bestseller. The author, Susanna Haswell Rowson, was born in England circa 1762, and died in 1824 in Massachusetts, where she spent most of her life. Charlotte Temple tells the story of a young English girl who is lured away from her school by an army officer, Montraville. On board ship to his posting in revolutionary-era New York, Montraville seduces Charlotte. Once in New York, Montraville gradually abandons the "ruined" Charlotte who, after a downward spiral into remorse, illness, poverty, and the birth of a child, dies. Seduction novels were popular in the 18th century, and the widely read Charlotte Temple went through more than 200 editions. But Rowson, who despite her childhood as the daughter of an English revenue officer became a committed republican, used her novel to protest the sexual double standard that ruined the lives of women like Charlotte.