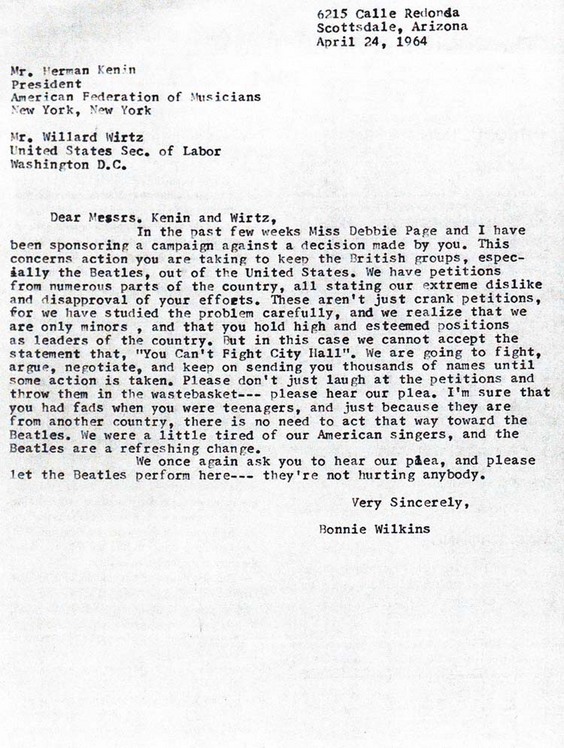 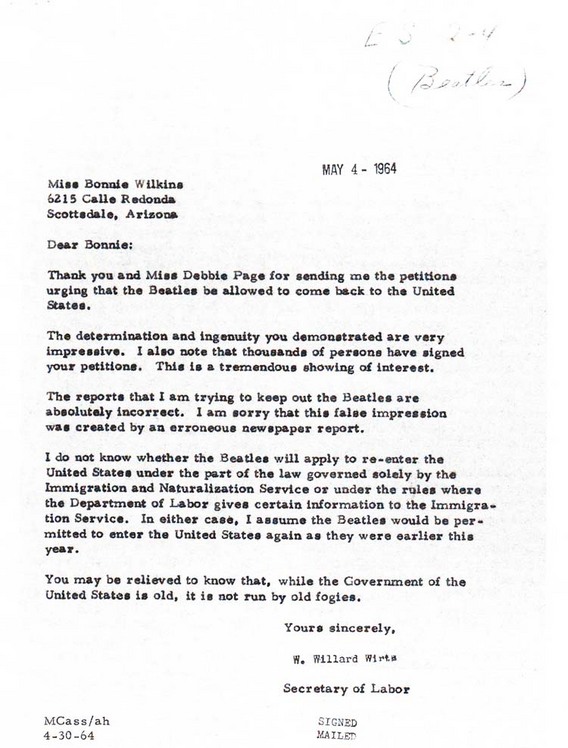 In April 1964, the U.S. Labor Department announced new rules for foreign entertainers. Applying through Immigration and Naturalization Service (INS), entertainers with unique talent would be allowed to enter. The Labor Department would evaluate all others to assess availability of American workers. Based on several misleading newspaper reports, rumors spread quickly that the Beatles would not be allowed to return to the U.S. Teenagers from around the country expressed outrage, writing immediately to President Lyndon Johnson, Labor Secretary W. Willard Wirtz, and members of Congress, among others. In the following letter, Arizona teenager Bonnie Wilkins writes to Secretary Wirtz and Herman Kenin, president of the American Federation of Musicians, promising to "fight, argue, [and] negotiate" until the Beatles are allowed to perform in the U.S. She submitted petitions with thousands of signatures from around the country, asking to be taken seriously despite her age and appealing to a universal teenage culture, "I'm sure that you had fads when you were teenagers." Teenage culture emerged in the 1920s, 1930s, and 1940s, based in part on a dramatic rise in high school attendance. Wilkins' letter and Wirtz's response demonstrate the acceptance of an established teenage culture in the 1960s, clearly defined both by its distinction from adult culture as well as by its connection. Wilkins and many other teens saw themselves as active citizens with a legitimate say in government actions.