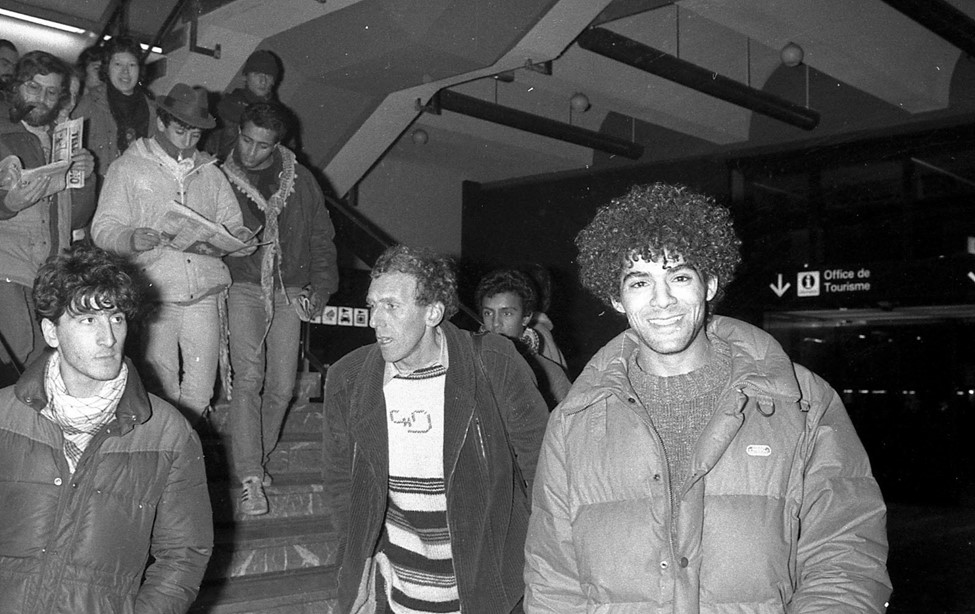 In 1983, Toumi Djaïdja (1962- ) served as the young president of the association SOS Avenir Minguettes (SOS Minguettes’ Future), an organization to demonstrate the agency of French immigrants in the banlieues (suburbs), who had become the target of police brutality and other abuses.  Inspired by peaceful demonstrations led by Martin Luther King Jr. and Mahatma Gandhi, he helped organize and lead the March for Equality and Against Racism (Marche pour l’égalité et contre le racisme, also called Marche des beurs) in 1983, a demonstration against racism, police violence, and anti-immigrant actions.  The protest was conceived of in the Lyon banlieue of Vénissieux, where Djaïdja lived.  The march started in Marseille in October 1983.  By the time it reached Paris in December 1983, the crowd was 100,000 strong and Djaïdja had an audience with French President François Mitterrand.  The march was the beginning of public awareness about problems of integrating immigrants from the Maghreb into French society, a project that continues to this day.  Yet, from this march, the idea emerged to promote immigrants in key sectors of French politics, administration, the media, and the economy.