The World History Commons Project Team bring years of experience in creating open, innovative resources to support the teaching and learning of world history. Collectively team members have served on projects that have reached over 20 million users. Content and technology experts collaborate closely throughout the project to ensure that World History Commons brings engaging teaching resources backed by scholarship to educators and students throughout the world. 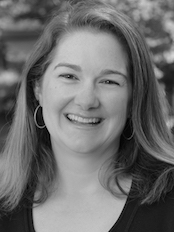 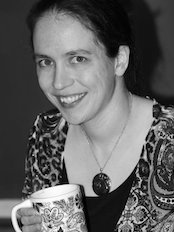 Jessica Otis (Co-PI, Steering Committee) is Assistant Professor of History and a director at the Roy Rosenzweig Center for History and New Media. After receiving both her MS in Mathematics and her PH. D. in History from the University of Virginia, she was a CLIR-DLF Postdoctoral Fellow in Early Modern Data Curation working on the NEH-funded Six Degrees of Francis Bacon. 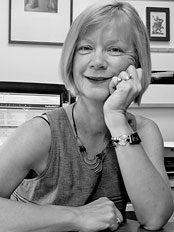 Merry Wiesner-Hanks (Steering Committee) is Distinguished Professor of History at the University of Wisconsin-Milwaukee. She is the long-time senior editor of the Sixteenth Century Journal, an editor of the Journal of Global History, and the editor-in-chief of the nine-volume Cambridge World History (2015). She is an author or editor of more than thirty books and nearly 100 articles that have appeared in English, German, French, Italian, Spanish, Portuguese, Greek, Chinese, Turkish, and Korean. 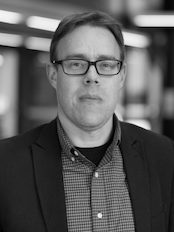 Adam Clulow (Steering Committee) is Associate Professor of History at the University of Texas-Austin. A historian of early modern Asia, his work is concerned broadly with the transnational circulation of ideas, people, practices and commodities across East and Southeast Asia. Clulow is the author of two books, The Company and the Shogun: The Dutch Encounter with Tokugawa Japan, published in 2014 and Amboina, 1623: Conspiracy and Fear on the Edge of Empire, published in 2019. 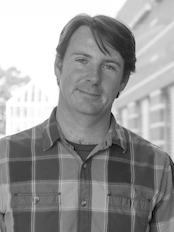 Nate Sleeter (Project Manager; Steering Committee) manages current education projects at RRCHNM and serves as the point of contact for legacy education projects. A former classroom teacher, his work at RRCHNM includes helping to develop, administer, and research history education resources for K-16 students and educators. He is especially interested in inquiry-based approaches that explore how historians analyze evidence. Nate has a PhD from George Mason University on the history of gifted children in the United States. 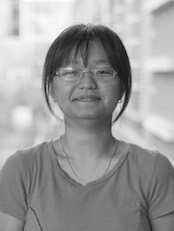 Joo Ah Lee (Developer) is a web developer who has contributed to several projects at RRCHNM including Eagle Eye Citizen, Maritime Asia, The Pilbara Aboriginal Strike, and For Us the Living. She has experience in PHP, CSS, Javascript, and MySQL as well as with Drupal and WordPress. Lee has a B.S. in computer science at George Mason University. 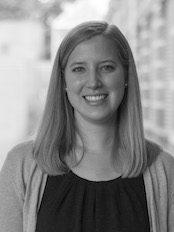 Sara Collini (Project Associate) is a doctoral student in history at George Mason and a Graduate Research Assistant at the RRCHNM. She received her Bachelor’s degree from the University of Texas at Austin and her Master’s degree in U.S. History from George Mason University. Her research interests include women's history, slavery, and health in early America. 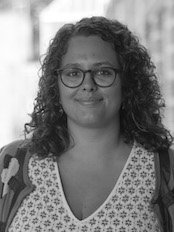 Jessica Dauterive (Project Associate) is a PhD student in history at George Mason. She focuses on 20th century U.S. history with concentrations in cultural, digital, and public history. Her dissertation project will explore the development of Cajun identity in the 20th century through tools of mass culture, including records, radio, television, tourism, and folk festivals. 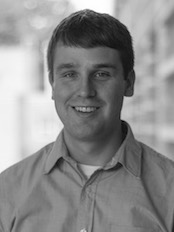 Justin Broubalow (Project Associate) is a PhD student in history at George Mason and a graduate research assistant working on education projects at RRCHNM. He is a recipient of George Mason University's Presidential Scholarship. Justin studies American history with minor fields in U.S. and the World and U.S. Public Policy. His research interests include statecraft, foreign relations, and policymaking in the administrative state — particularly immigration policy. 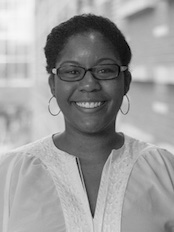 Brianna Nuñez (Project Associate) graduated from George Mason University where she received her dual Bachelor's degree in History and Government/International Politics. Her interests include Medieval England and early American history. 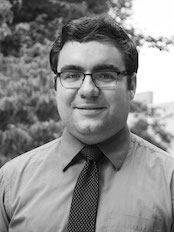 Dan Howlett (Project Associate) is a PhD student at George Mason University and a Digital History Fellow/GRA at RRCHNM. He received his MA from GMU in 2019. He researches early American history with an emphasis on seventeenth-century New England. 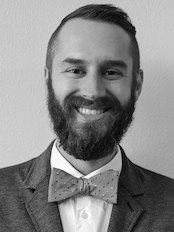 Raymond Hyser (Project Associate and Project Team Leader) is a PhD student in history at the University of Texas at Austin. He focuses on environmental history and the history of science within trans-imperial spaces during the nineteenth century with special interest in world history and digital humanities. His current research traces the agricultural knowledge networks of coffee cultivation between the West Indies and South Asia. 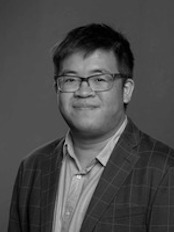 Bernard Keo (Project Associate) completed his PhD at Monash University in Melbourne, Australia. He is a historian of modern Southeast Asia with interests in nationalism and nation-building, decolonisation and the End of Empire, and trans-imperial networks in colonial Southeast Asia. Keo also has training and experience in the digital humanities, serving as a developer in Virtual Angkor and the Norris Embassy to Aurangzeb 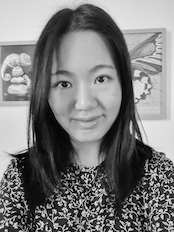 Joanna Lee (Project Associate) received her PhD in Historical Studies from Monash University in 2020, specializing in the environmental history of British Malaya. Currently, she works in research management and enjoys engaging with all forms of world history - especially in the areas of food, imperial culture, and the environment. 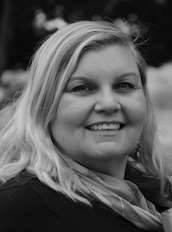 Monica Ketchum (Community College Coordinator) is Professor of History at Arizona Western College, Lecturer in History and Women’s Studies at San Diego State University-Imperial Valley, and Adjunct Professor of Sociology at Northern Arizona University-Yuma. She holds a MA in History from California State University, Long Beach, with an emphasis in Latin American Revolutions, a MA in Sociology from Arizona State University, and is completing a doctoral study on community college faculty barriers for adopting OER. She participated in a Fulbright-Hays project to Central Asia in 2018 and was an Engaging Eurasia Teaching Fellow at Harvard in 2020-2021. Her research interests include the Mexican student movement, post-Soviet Central Asia, immigration, and human trafficking. 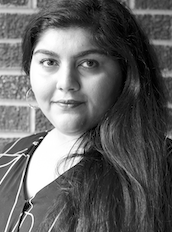 Deepthi Murali (Project Associate) studies intersensorial production and use of art objects that served as actors in colonial, political, and cultural processes in the eighteenth and nineteenth centuries in southwestern India. Her dissertation "Politics and Transculturality of the Arts of Kerala, India" examines the lives of historical objects from their inception as raw materials to their current roles as things within museum collections with contested or neglected histories. Her work explores issues of transculturality, intersensoriality, colonialism, and decolonization practices within museum-like spaces.

Jack Norton (Community College Coordinator) is a faculty member in History and Political Science at Normandale Community College. He was the former campus leader for a faculty development group called the Center for Teaching and Learning. He teaches courses in World History and East Asian History.

Thomas Rushford (Community College Coordinator) was hired as a full-time faculty member at Northern Virginia Community College in 2012 with the History Department and is currently a full professor there. Professor Rushford’s manuscript is called Burnings and Blessings: The Cultural Reality of the Supernatural Across Early Modern European Spaces, and focuses on the cultural and social dynamics of supernatural beliefs (particularly, beliefs in witches and witchcraft) in the 17th century Atlantic world. 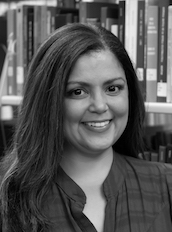 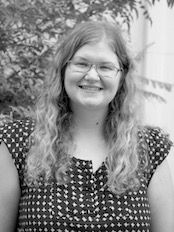 Brittany Erwin (Project Associate) is a graduate student in the History Department at the University of Texas. Her work examines public ritual and privilege negotiations in the Spanish Empire, with a particular focus on the Viceroyalty of the Rio de la Plata in the late-eighteenth century. She explores the relationship between Crown and subject as a crucial underlying mechanism that held Spain’s vast and diverse empire together for more than three centuries. 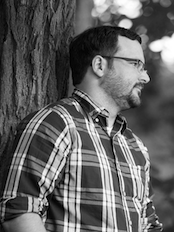 Chris Preperato (Multimedia Developer) has over a decade of experience in media production, with a special focus in historical and educational media. He has produced videos and classroom activities for government agencies and non-profit organizations including the Department of Education, National History Day, Ford’s Theater, Monticello, and the National Cemetery Administration. 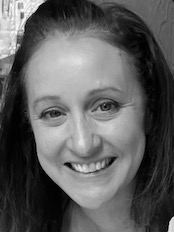 Janine Hubai (Project Associate) is a PhD student in the History and Art History Department.  She holds a MA degree in history from UMass Boston.  Janine’s research areas of interest are military history, race relations, and empire and colonization.  She also studies digital humanities and public history, with particular interests in website content and design, and film production and editing.  Currently, Janine is working on a website, Divided Union, with Laura Brannan which looks at Confederate symbol use in American society.  She also directs the creation of a digital archive of over 3,000 postal items from Holland during World War II.  Her dissertation connects Confederate symbols in the military to broader societal issues in the 20th century. 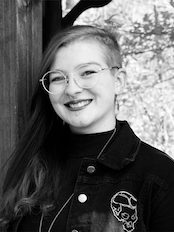 Hayley Madl (Project Associate) is a Ph.D. student and a Graduate Research Assistant at the Roy Rosenzweig Center for History and New Media. Hayley received her bachelor’s degree in History and Political Science from the University of Pittsburgh at Bradford. Her research interests include early American history, focusing on 17th and 18th century indigenous history of the eastern woodlands. 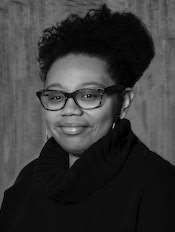 Timmia King (Project Associate) is a first year Ph.D. Student in the History department and a Graduate Research Assistant at the Roy Rosenzweig Center for History and New Media. She is currently working on a project called the HBCU History & Culture Access Consortium. Timmia received her bachelor’s degree in African American Studies from Howard University, and a dual master degree in African American and African Diaspora Studies and Library Sciences from Indiana University. Her research interests include African American memory work, specifically their self-documenting practices and generally 20th century military history of Africans apart of the diaspora and on the continent. 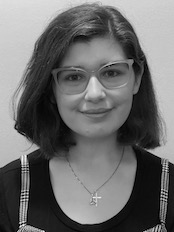 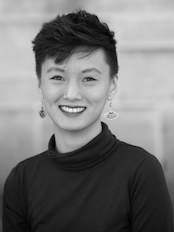 Jennie Jiang (Project Associate) is a Ph.D. student in Women's, Gender, and Sexuality Studies at Rutgers University in New Brunswick, New Jersey. She received her B.S. in Neuroscience and Behavioral Biology from Emory University in 2019 and served two years as Marketing and Communications Specialist at Global Village Project, a nonprofit school for refugee girls in Atlanta, GA. Her research interests span multiple structures of oppression, including incarceration, immigration enforcement, food injustice, housing inequity, and environmental violence. 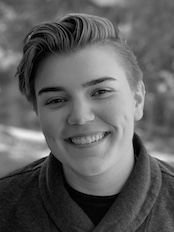 Sarah Crossen (Research Assistant) graduated from George Mason in 2020 with a B.A. in Women and Gender Studies and a minor in LGBTQ Studies. In 2020, began a J.D degree program at Northeastern School of Law. Sarah’s specific interests include legal equity, access, and reform for marginalized communities. 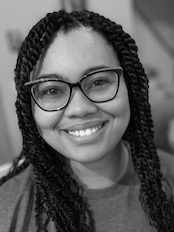 Carolyn Mason (Research Assistant) is a graduate from George Mason University with a BA in Anthropology and minor in Spanish. She is currently a PhD student in the Medical Anthropology program at Southern Methodist University. Her research interests include traditional medicine and food, and she focuses on research that highlights and promotes the voices of those who have not had the opportunity to tell their own stories. 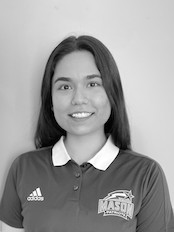 Roser Boltes Beard (Research Assistant) is an MA in art history student at George Mason University. She received a BA in art history from Florida Atlantic University with a minor in Spanish and philosophy. Her research interests include the art and archaeology of the ancient Mediterranean. Specifically, she focuses on Greek and Sicilian coinage and the iconographic elements that symbolize a governing political authority of a mixed demographic. 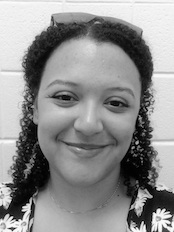 Kira Page (Undergraduate Research Assistant) is a student at George Mason University set to graduate in the spring of 2020 with a Bachelor of Science degree in Electrical Engineering. She plans on entering into the network/data engineering career field and eventually would like to apply to a graduate program with aspirations of becoming a professor.

Brandon Bennett (Undergraduate Research Assistant) is a student at George Mason University currently working towards a Bachelor of Science degree in Computer Science. He is hoping to go into a software development career after he completes his degree.

Imani Holloman (Undergraduate Research Assistant) is a student at George Mason University set to graduate in the spring of 2020 with a degree in Communication and a double concentration in Journalism and Interpersonal and Organizational Communication. She aspires to become a Human Resource Specialist or a broadcast journalist.