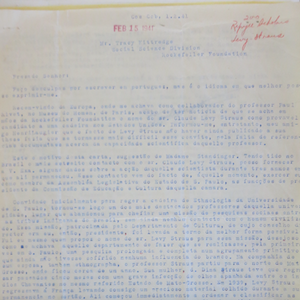 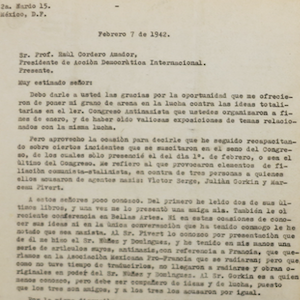 Intellectuals are some of the most well-represented historical actors precisely because of the large paper trail that they tend to leave behind. Whether as artists, writers, social scientists, or public figures, to name just a few, they leave us detailed commentary on the world that they inhabited and provide insight into processes of historical change. By examining intellectual exchange— that is exchanges between intellectuals, their intermediaries, and a wider public— new work has helped to expand the category of “intellectual” and to rethink the process of knowledge formation more broadly.

Cross-cultural exchange has been going on for quite a long time, indeed probably as long as history itself. Archaeologists sometimes use “intellectual exchange” as a way of understanding the transfer of techniques or cultural artefacts in pre-modern societies, but for the most part the term refers to written culture, especially in the medieval period onward (Freidenreich and Goldstein 2011). This is not to say that people who could not read or write should be excluded from consideration— quite the contrary— but that some textual record, archival or otherwise, need provide an account of who was speaking to whom, what kind of information was circulating, and why it mattered.
Laurent Dubois, for example, examined how slaves in Saint Domingue, most often illiterate, learned from one another and were exposed to Enlightenment ideas (Dubois 2014). James Sweet, by tracing the story of a semi-literate individual, Domingos Álvares, has also blazed a new path for understanding how intellectual exchange and knowledge formation took place among Afro-descendants in the South Atlantic in the early modern period (Sweet 2011). While some of their conclusions are speculative, they present significant archival evidence alongside anthropological sources to explore what was knowable for different individuals and social groups and how they constructed their belief systems and lives accordingly. Similarly, Gabriela Ramos, Yanna Yannakakis, and many others have worked to uncover the intellectual life of indigenous peoples in the Americas, many of whom were highly literate and whose exchanges can be seen in the bureaucratic trail of the state, even if we often lack sources to fully explore their motivations (Ramos and Yannakakis, 2014).

For obvious reasons, intellectual exchange is easiest to analyze in depth in periods and among groups where the paper trail is thickest. Ideally, historians interested in exchange work with letters, manuscripts, and other sources in addition to published sources so as to see the process of knowledge creation and the meaningful interlocutors that undergirded it. Any biography of a major cultural figure is likely to include such sources to shed light on their private life, but these sources are essential for broader considerations of intellectual exchange, too. Rather than focus singularly on great intellectuals, historians more often emphasize wider networks. Patrick Iber’s analysis of the Cultural Cold War in Latin America (Iber 2015) and Karin Rosemblatt’s exploration of the development of the social sciences in a transnational frame are but two examples of this (Rosemblatt 2018). Other approaches to intellectual exchange have focused on how certain institutions, such as a psychiatric hospital (Robcis 2021) or the UN’s Economic Commission for Latin America and the Caribbean (Fajardo 2021), have proved crucial for intellectual exchange and the development of ideas. In any case, intellectual exchange as a lens can prove useful well beyond the realm of elite, cosmopolitans, as Ray Craib has demonstrated for geographically rooted, working class intellectuals (Craib 2016); Paulina Alberto, for Afro-Brazilians of different regions (Alberto 2011); or Michael Goebel, for migrants to Paris (Goebel 2017).

In some ways, intellectual exchange has been undertheorized, at least in English. The best analyses tend to be written by anthropologists who have long been dealing with “native informants” but who have increasingly drawn their attention to the origins of modern social thought (Peixoto 2010). Especially in the wake of the transnational turn, historians have and continue to reflect about how to go about writing the history of ideas and intellectuals (Tenorio-Trillo 2014). Intellectual exchange itself might best be understood as a practical category of analysis, one that helps to re-assess the emergence of certain fields or ideas, whether at a transnational or very local level. The category promises to democratize the canons of knowledge formation and to consider just how important thinkers and ideas from the “Global South” were in world history, whether it is used explicitly or not. These possibilities are present in many texts referred to here, as well as in freshly published or forthcoming work (Ruvituso 2020; Thornton 2021; Merkel, forthcoming).

In February of 1942, in the middle of World War II, the Mexican feminist, educator, and archaeologist Eulalia Guzmán wrote to Raúl Cordero Amador, president of the organization Acción Democrática Internacional (International Democratic Action). Guzmán prefaced her letter by emphasizing that this antifascist organization was doing important work to fight Nazism and totalitarianism more broadly. However, the purpose of her letter was to request that Cordero Amador condemn the unfortunate events that had transpired at the organization’s last Congress. There in the anti-Stalinists Victor Serge, Julián Gorkin, and Marceau Pivert were physically assaulted.

This source attests to intellectual exchange in at least three ways. It helps to locate important venues for exchange (Acción Democrática Internacional’s Congress). It attests to the widespread use of letters as a form of communicating ideas during this period. And, finally, it reveals just how interwoven “national” intellectuals such as Eulalia Guzmán were to the antifascist exile community in Mexico during the late 1930s and 1940s.

This source is a part of the Intellectual Exchange methods primer.

Ian Merkel is an Alexander von Humboldt Fellow at Freie Universität Berlin. His work in intellectual history examines exchange across Latin America and European empires with an emphasis on the emergence of the social sciences. His book, Terms of Exchange: Brazilian Intellectuals and the French Social Sciences, will be published in March 2022 by the University of Chicago Press.