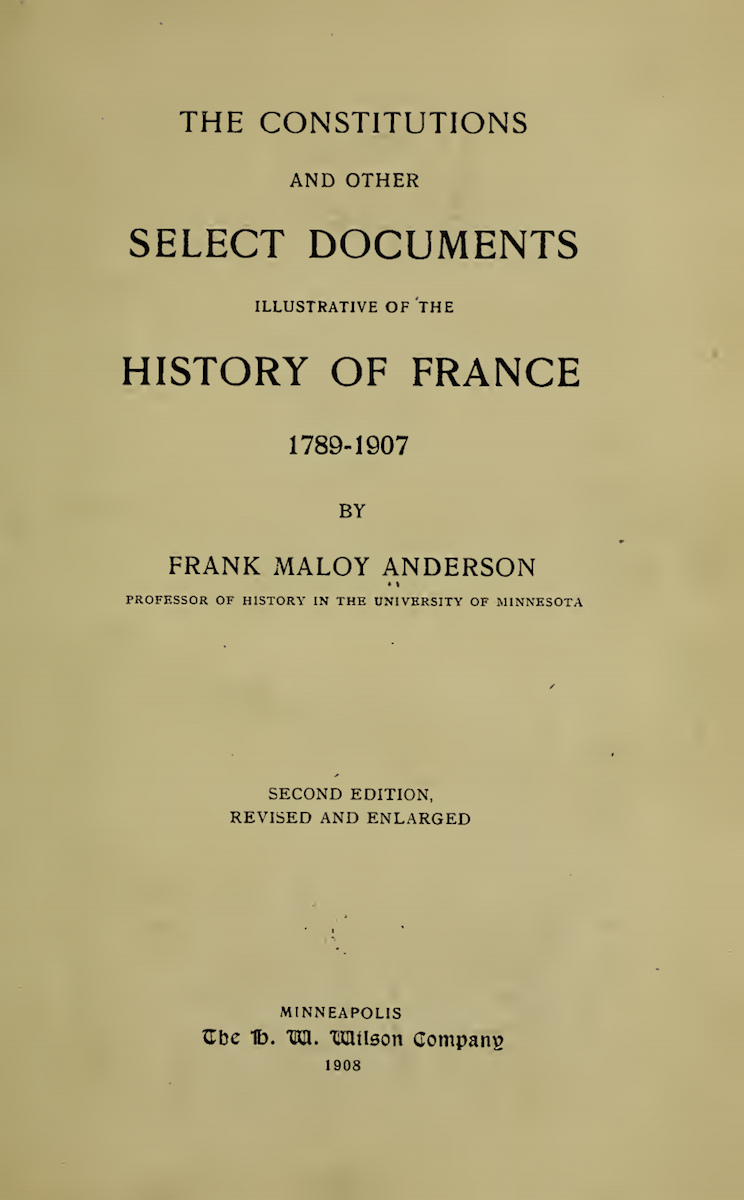 Frank M. Anderson, ed., The Constitutions and Other Illustrative Documents of the History of France, 1908.