Fertility and Abortion in Czechoslovakia, 1950-2005 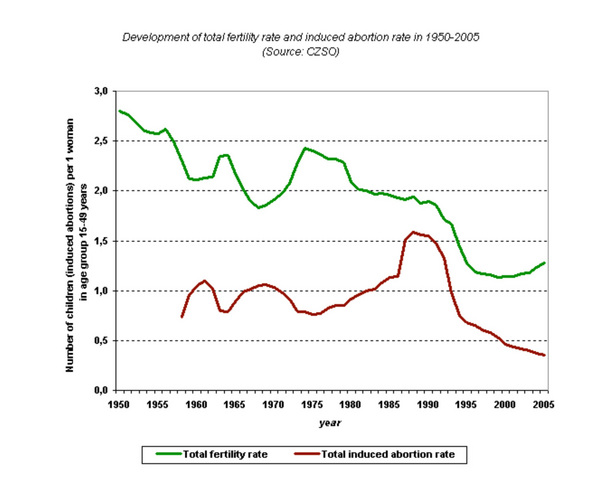 In the case of the latter question, one important answer was that Czech women suddenly had access to reliable condoms and the birth control pill, both of which made it possible for them to regulate their fertility to a much greater degree. When women can control their fertility they typically have fewer children and almost always have fewer abortions (because there are fewer unplanned pregnancies).