Amsterdam Center for the Study of the Golden Age

ECARTICO is a searchable database of sixteenth and seventeenth century Dutch and Flemish artists. The biographical and genealogical information is culled from existing publication as well as original primary source research. This includes over 55,000 entries on painters, engravers, booksellers, printers, publishers, gold-and silversmiths, and sculptors working in the cultural industries of the Low Countries. Each entry cites primary and secondary sources used to construct the artist’s biography, which includes detailed kinship networks and locations of practice. The majority of ECARTICO is accessible to English readers, though several data points are in Dutch only. ECARTICO’s strength lies in quantitative analysis of artist movements across the low countries and visualizing kinship and familial networks of artists. Students and educators should note that artworks are not reproduced on this website. This does not take away from the usefulness of ECARTICO, but rather presents an investigative classroom activity opportunity, where students can turn to a museum's digital collection to "locate" paintings and prints by Dutch and Flemish artists from the ECARTICO database. Students may want to use the migration data points of individual artists and see if local landscapes and landmarks from existing artworks can be identified.

In addition to searching and browsing individual entries, ECARTICO allows users to visualize the relationships and links between cultural workers using quantitative data. For example, students can engage with an interactive graph to see the number of painters active in Amsterdam and Antwerp between 1600 to 1700, or interactive maps to see migration movements of painters active in Amsterdam between 1600-1700, both helpful in illustrating the collaborative and networked lives of early modern artists in Northern Europe. Further, these interactive networks include data on the private lives of artists: their marriages, children, cousins, and so forth, many who were private citizens, but many who were artists themselves or came from artist families.

Editors-in-Chiefs of the ECARTICO database are Dutch historians Marten Jan Bok, Harm Nijboer, and Judith Brouwer. This project is funded by the Netherlands Organisation for Scientific Research, the University of Amsterdam, and The Royal Netherlands Academy of Arts and Sciences. At present, the database is maintained by the Amsterdam Center for the Study of the Golden Age. ECARTICO is an example of the long standing commitment to make early modern Dutch cultural work accessible to anyone with an internet connection. This is an ongoing project and entries are added on a regular basis, including adding information on printers and publishers, managing website revision, and making the website available as Linked Open Data. 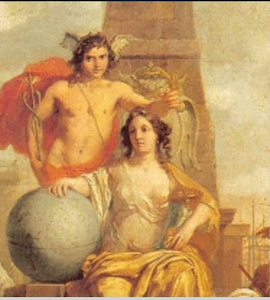 “In addition to searching and browsing individual entries, ECARTICO allows users to visualize the relationships and links between cultural workers using quantitative data. ”