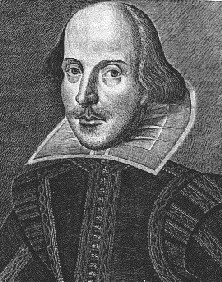 “Immerse your students in the language of one the best poets and playwrights writing in English, using this graceful site.”

This site offers the complete Shakespeare plays—the comedies, histories, and tragedies—online, with clear, readable text and a scroll option (the scroll button reads: “The entire play on a single page”). The source for the plays, the Moby Shakespeare, is no longer available online, which makes complete citation somewhat problematic.

Why use this particular site? It’s straightforward, a model of good design and organization, and very easy to navigate. There will be time later to worry about which folio or edition is authoritative; first, immerse your students in the language of one the best poets and playwrights writing in English, using this graceful site. And, should you choose to augment Shakespeare’s language with related images, consider the Illustrated Shakespeare site.

Unlike most other Shakespeare websites, the Illustrated Shakespeare does not focus on Shakespeare himself. Instead, it looks at the way artists and book publishers in the 19th and early 20th centuries responded to the work of Shakespeare. The site includes 12 works from this period, some with photographs of “Shakespeare locations,” and some with illustrations of scenes from plays. Each book is given careful attention as far as page-by-page reproduction and printability. The site includes a clear and detailed copyright section that spells out the right of academic “fair use” and gives contact information for those who wish to use the material in other ways. The site also provides built-in search engines that use a variety of search methods (always useful when searching an image database.)

Once students have become familiar with one or two of the plays, and thus have the basic plot under their belts, it might be useful, in studying the history of England in the 19th century, to consider both why certain scenes were selected as worthy of illustration, and how 19th-century artists chose to depict those scenes. In John Boydell’s The gallery of illustrations for Shakespeare’s dramatic works, classical details—drapes, pillars—still appear, but some images—the walkway to Portia’s home, Olivia’s garden from Twelfth Night, As You Like It‘s forest of Arden, with its grazing deer and young man at home in nature—are clearly the product of a post-Enlightenment romantic sensibility.

You might also go a bit afield, and consider the seven ages of man, from As You Like It, in Boydell’s Gallery of illustrations. Students will be delighted by the young lover of the third age, but what does the illustration say about the (imagined) life of a young man in the Victorian era? How might young people of lesser means in the 19th century have imagined love, and what would they have thought of this illustration, had they seen it? What of the sixth age: how exactly did this old fellow lose his leg? This image might be an interesting approach for teaching the Crimean War.

Please remember, as you introduce your students to the Bard, that it was not his intention for his plays to be read, but rather to be spoken and acted. Use these sites to give your class access to Shakespeare’s plays, but remember that they are best when all are involved. Encouraging each student to read—no, act out—a part may be the beginning of allowing those words to become familiar, and then cherished, by those you are teaching. Costumes are optional!