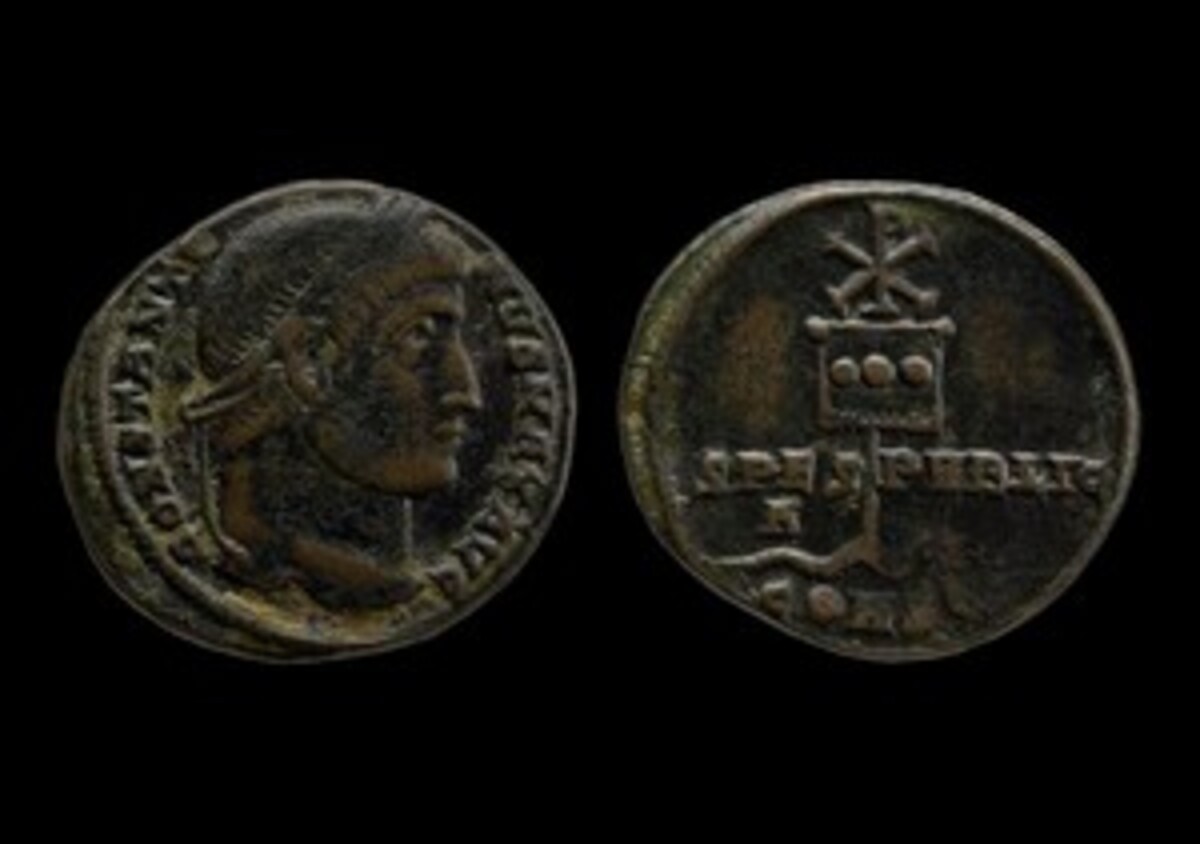 Constantine erected large monuments to his rule, most notably the Arch of Constantine in Rome, but he also portrayed his religious sentiments and celebrated his reign in smaller ways, through coins and portraits. This is a copper alloy coin, minted in Constantinople in 327, the type of coin that ordinary people would have used for business transactions. On the front it shows Constantine, wearing the laurel wreath that was standard in depictions of Roman emperors. The back shows a labarum, the special military standard that was made for the army after Constantine’s vision, with the chi (X) rho (P) symbol on top, a symbol invented by Constantine to stand for Christ. The bottom of the labarum is piercing a snake, an animal with deep meaning in the Judeo-Christian tradition.

Questions I pose to students as they look at this coin: What do these coins portray about Constantine? Why might he have thought it important to issue coins with symbols such as these? Why would coins, especially copper ones, be an effective means of communicating ideas?

I also often ask them to describe the symbols on U.S. coins. Many can’t, even though they might see coins every day, so we take a closer look at them. (The quarters with state symbols are especially good for this.) They are often surprised at how many symbols are crammed into such a small space. If there is time, we also look at dollar bills, which have even more symbols, plus more Latin phrases than any coin of Constantine’s. This source is a part of the Constantine and Christianity teaching module.

Coin minted by Constantine, 327, The Trustees of the British Museum