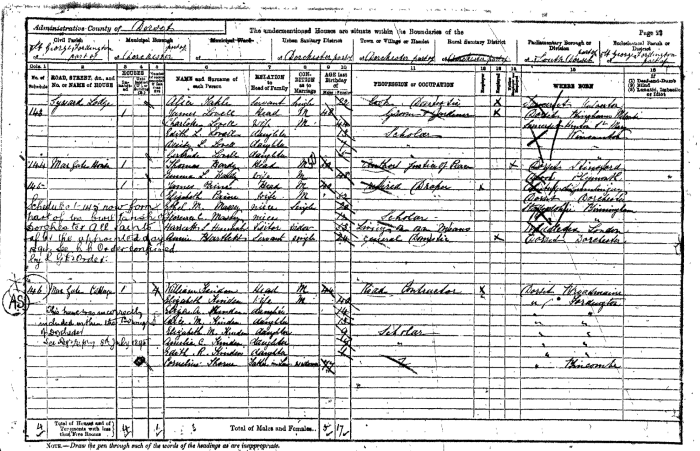 The census of the United Kingdom was the tenth census and was taken on April 5, 1891. Starting in 1841, first and surnames were taken of every member of the household, along with age, sex, occupation, and where individuals were born. By the tenth census, questions had expanded to Employer, Employed, or Neither Employer or Employed. In addition, information on population density in industrial cities was taken in the form of a question asking how many rooms a family occupied in a dwelling. The 1891 census was the first in which female census takers were employed, though many female specific questions involving marriage, number of children to a specific marriage, and children still living or dead were added to the following census in 1901. The growing industrial society in the United Kingdom and its territories are reflected in what information appears in these censuses, as more specific questions regarding type of industry or labor gradually appear around the turn of the century.