Set up in a similar manner as the previously reviewed Ancient Egyptians website, BBC History’s Ancient Greeks page contains a small grab-bag of essays and galleries that explore that particular period. These include works on the Olympics, Athens and Democracy, Other Greek Cultures, and Legends.

From the get-go, it is quite evident that the number of resources on this page pale in comparison to the Ancient Egyptians one – while the latter included a number of galleries and essays spread across 7 unique areas, expanding all available sections on the Ancient Greeks site unfortunately only reveals 8 essays and 1 gallery in total. Nevertheless, this greatly reduced number of resources has no impact on the quality of the writing or research, which remains excellent and well-executed.

One particular highlight is Mary Beard’s (yes, Mary Beard) essay on the debate surrounding Lord Elgin’s removal of ancient sculptures – today more popularly known as the Parthenon Sculptures – from Athens and its placement in the British Museum. Written in a lively, engaging manner, Dr Beard invites readers to consider the complexity of the argument, while also situating it in its broader context. While readers should not expect an in-depth exploration of the issue indeed (and indeed, it is not that kind of site), the essay remains a good introduction to how seemingly ancient matters can still spark modern day debates and conversations.

Dr Beard’s essay aside, other academics and broadcasters have also written interesting pieces about issues such as the myth of Atlantis and how Athenian democracy was developed. The sole gallery, which is on theAncient Greek Olympics, is also equally engaging. Though the gallery is rather limited in size, Dr Judith Swaddling (who works for the British Museum) has done a good job of providing readers with additional information about each piece – something that was somewhat lacking in some of the Ancient Egyptian galleries. As with the Ancient Egyptians website, these resources can be seen more as a ‘Greatest Hits’ collection of research areas, rather than a deep dive into the Classics. For that, readers can consult the ‘Find Out More’ section under each essay, which lists excellent additional academic books/articles, documentaries, and websites. Being from 2011 and an archived site at this point, readers should also keep in mind that more updated resources have since been released and that these should be supplemented with newer research if available.

Though the amount of material available might be slightly thin on the ground, a educators will still be able to use this website as a springboard into numerous classroom activities. Students can consider using Dr Beard’s essay as a base to develop their own arguments for what should be done with the Parthenon Sculptures, as well as other artefacts that currently reside in museums around the world. Further to that, students can also be invited to consider how and why aspects of ancient Greece prevail in the modern day – the Olympics and theories about democracy, in particular, will be worthwhile areas of inquiry.

Overall, the site functions well as a cursory introduction to Ancient Greece and will be of most use to casual visitors, or school-level educators seeking to provide students with additional information. 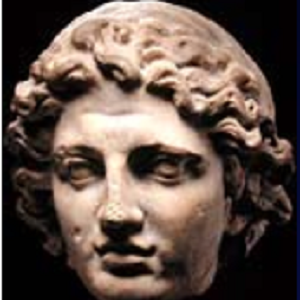 “Overall, the site functions well as a cursory introduction to Ancient Greece and will be of most use to casual visitors, or school-level educators seeking to provide students with additional information. ”