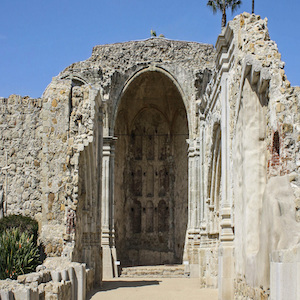 Throughout the eighteenth century, Spanish friars established more than twenty Spanish colonial churches across the territory that comprises the modern-day state of California. This one, named the Mission San Juan Capistrano, was founded in 1776. These institutions aimed to convert the local peoples (the Acjachemen) to Christianity and teach them Spanish ways of living and working. It is... Read More » 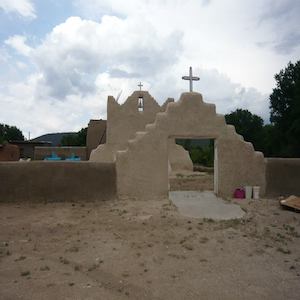 In the mid-seventeenth century, Spanish friars built a mission near modern-day Taos. The goal of this settlement was to convert the native peoples to Christianity. In this area, the local communities were the Picuris. Because it did not have enough government workers or settlers to establish large cities throughout the extensive American territories that it claimed, the Spanish Crown allowed... Read More » 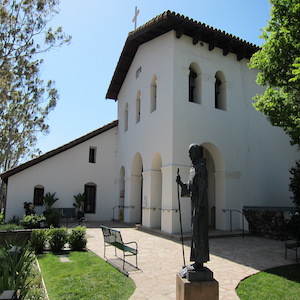 This historic church was founded in 1772 by Spanish friars. Spain established dozens of churches throughout the US-Southwest region during the seventeenth and eighteenth century in an effort to convert the native peoples who lived there to Catholicism. These missions also helped the Crown stake its claim over the territory which was otherwise sparsely populated. By the time the San Luis Obispo... Read More » 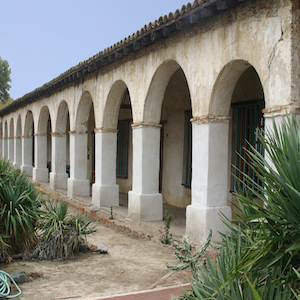 The San Miguel California Mission was founded in 1797 by a Franciscan friar who was operating on orders from the Spanish Crown. Its namesake originates from the dedication of the complex to the Archangel Saint Michael. The goal of this church, and the dozens of other missions throughout the region, was to not only convert the native peoples to Catholicism, but also to teach them Spanish ways... Read More » 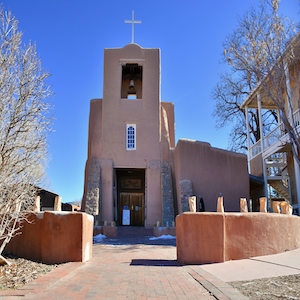 The San Miguel Chapel was built between 1610 and 1625 as part of the Spanish Crown’s efforts to evangelize the native peoples of the Americas. Located in modern-day Santa Fe, this church complex aimed to convert the Tlaxcalan community under the supervision of Francsican friars, while coercing them into Spanish ways of life. By sponsoring these largely church-run settlements, the Spanish... Read More » 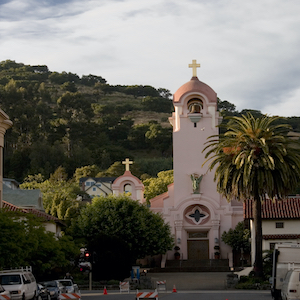 Located near San Francisco, California, this mission originally functioned as a hospital. It was a secondary site for a larger mission closer to San Francisco. It was founded later than many of the colonial churches throughout the US Southwest, in 1817. These churches were built as part of the Spanish Crown’s efforts to evangelize the native peoples of the Americas. In addition to the hospital... Read More » 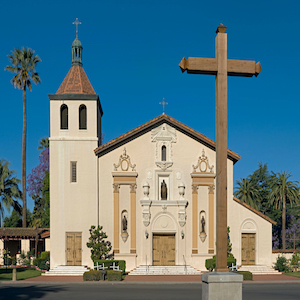 Located today on the Santa Clara University campus in Santa Clara University, the Mission Santa Clara de Asís was originally founded in 1777. Like many other missions nearby, it was created by Francsican missionaries with the permission of the Spanish Crown. These institutions aimed to convert the native peoples to Catholicism and teach them Spanish ways of life. They also helped the Crown... Read More » 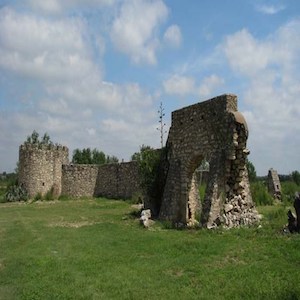 The ruins of the Mission Santa Cruz de San Sabá are located in Menard, Texas. It once operated as a Spanish colonial church and military outpost. In the seventeenth and eighteenth centuries, Spanish friars established many such structures across the Southwestern United States. Each of these sites aimed to evangelize the local communities. During this period, the Lipan Apache became the target... Read More » 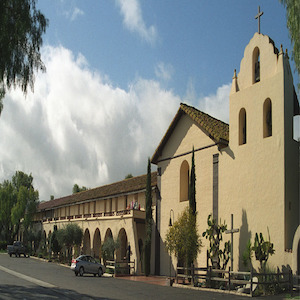 Founded in 1804, the Santa Inés Mission was a church complex designed to convert the local native communities to Catholicism and teach them Spanish ways of living and working. By the time of its establishment, there were already eighteen other missions in California alone, in addition to the dozens of others throughout the modern-day US Southwest. Franciscan friars ran these complexes with the... Read More » 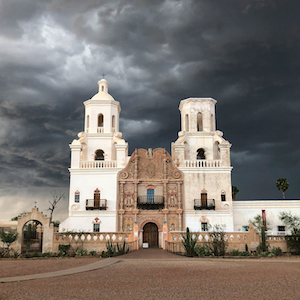 Located in southern-Arizona, this mission was originally founded by Spanish friars in the late-seventeenth century. The church that stands today was built with indigenos labor in the following century. During the colonial period, the Crown authorized the establishment of many similar church complexes throughout the modern-day borderlands of the United States and Mexico. Its objective was to... Read More »