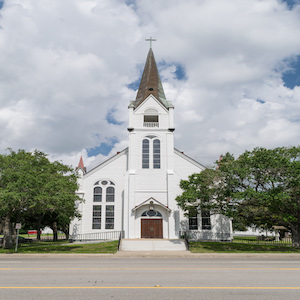 The Nuestra Señora del Refugio Mission was a Spanish colonial church complex built in the late-eighteenth century. By this period, Spanish friars had established dozens of similar communities throughout the modern-day US Southwest. At this time, this region functioned as a borderlands between Spain’s possessions and those of France and England. The objective of these missions was to convert... Read More » 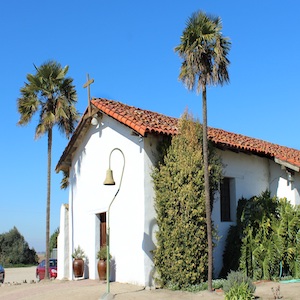 Established in 1791, the Mission of Nuestro Señora de la Soledad was a Spanish colonial church in the frontier region of Spain’s empire in North America. By the time of its founding, twelve other similar institutions already existed throughout modern-day California, in addition to the dozens of churches across the US Southwest. The objective of these missions was to convert the native peoples... Read More » 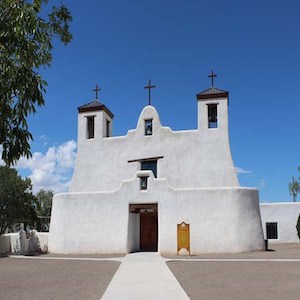 This church complex, located near Albuquerque, New Mexico, once belonged to a network of Spanish colonial missions. During the seventeenth and eighteenth century, the region that comprises the Southwetern United States became a borderlands between territories claimed by Spanish, French, English, and indigenous groups. The objective of the Spanish missionaries was the evangelization of native... Read More » 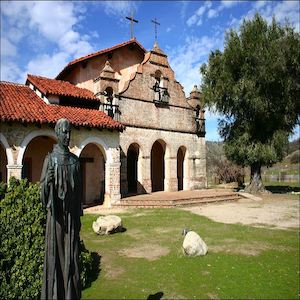 The Mission of San Antonio de Padua was the third church established by Spanish friars in the territory that today comprises the state of California. Founded in 1771, this complex aimed to house the church authorities and evangelize the local native communities. Indigenous labor built the sanctuary and its supporting buildings, such as workshops and a granary. These institutions helped the... Read More » 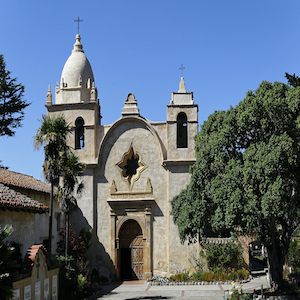 Throughout the seventeenth and eighteenth centuries, the Spanish Crown granted its missionaries permission to establish dozens of missions throughout the modern-day US Southwest. During this period, this region was the borderlands between Spain’s territory and those claimed by the British, French, and indigenous groups. The Mission of San Carlos Borromeo del Rio Carmelo was the second one of... Read More » 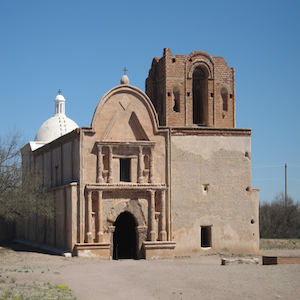 This church was founded during the late-seventeenth century, when the Spanish Crown claimed this region as the northern border of its empire in North America. Throughout this period, the monarchs of Spain allowed missionaries to establish settlements in the modern-day US Southwest in order to evangelize the native peoples. It also helped the empire stake its claim over the territories, which... Read More » 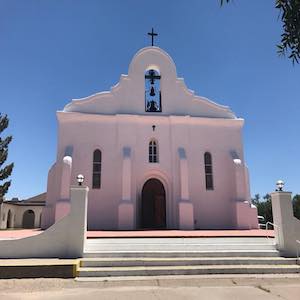 Located in modern-day El Paso, Texas, the San Elizario Mission was originally established in 1789 by Spanish friars. The structure that stands today is considerably newer (1877) because a series of natural disasters destroyed previous buildings. Its name originates from the patron saint of the Spanish troops stationed in the region, San Elizario. During the eighteenth century, it operated as a... Read More » 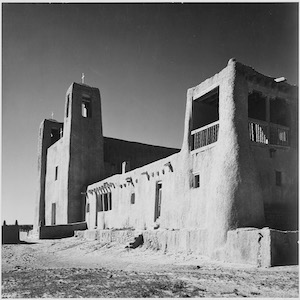 Located in modern-day New Mexico, this church was founded in 1629 by Spanish priests in 1629. It belonged to the Spanish monarch’s larger project of converting the native peoples of the Americas to Christianity. The indigneous communities who lived, worked, and worshipped at the San Estévan del Rey de Ácoma mission built the structure. Many came from the Acoma people. It has adobe walls and... Read More » 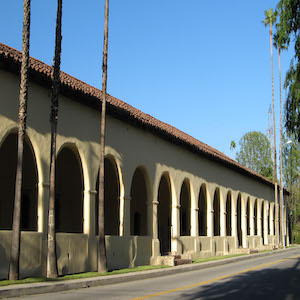 Throughout the seventeenth century and eighteenth centuries, the Spanish Crown approved the establishment of dozens of churches throughout the region that today comprises the US-Mexico border. During the period, this territory was the frontier zone for Spain, at the northern edge of its American colonies. Allowing the church to create these settlements helped the Crown stake out its claim in... Read More » 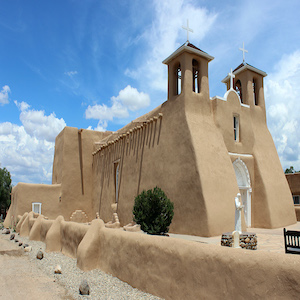 Throughout the seventeenth and eighteenth centuries, the Spanish Crown authorized the founding of dozens of missions in the modern-day borderlands region of the United States. During this period, these territories were the frontier of Spain’s empire in North America, close to regions claimed by British, French, and indigenous groups. The San Francisco de Asís Mission was established in the... Read More »