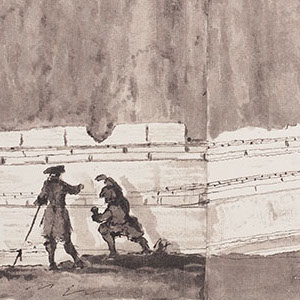 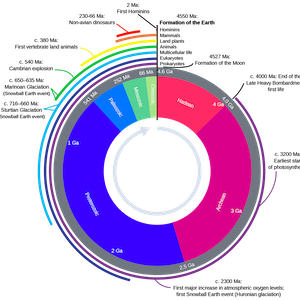 Big History is an approach to world history that takes as its subject the story of the whole of the Universe, from its creation, 13.8 billion years ago, in the Big Bang. It describes the creation of stars, the forging of new types of matter in dying stars, the formation of the first planets and moons, and the emergence of life on at least one planet, the Earth. Then it tells how planet earth evolved, and how life evolved in its oceans and continents over four billion years. Large organisms emerged about 600 million years ago, and our own species evolved just a few hundred thousand years ago. Big History thus has a very long timeline, which depends on discoveries in many different fields over the last century that have assembled a relatively complete history of the whole universe. In this essay, David Christian, one of the founders of the field of Big History, describes its distinctive approach to the past.

Big History, like world history and many other historical sub-disciplines, explores pasts that are often excluded from history as it is taught in most schools and universities.

You might think that the discipline of history should be about all of the past, on the grounds that we can only understand the world by understanding how it came to be as it is. But in practice, history has been mainly about particular pasts. As we normally encounter it, history is about the past of our own species, human beings, in so far as that past is illuminated by written records. And in practice, most historical scholarship and teaching has been about the recent past, and particularly the past of modern nation states. For example, it excludes the vast majority of humans who didn’t write and didn’t produce written documents. In recent decades, many historians have pointed out how much such approaches ignore. World historians, for example, have noted how many nations and communities and cultures were overlooked in traditional History teaching, because it focused mainly on particular nations or on those regions of the world that were most powerful in the recent past. In an increasingly connected world, argued historians such as W.H. McNeill, it is important to know the history of the whole human community.

Big History takes such arguments a step further. Instead of arguing for histories of the whole world, it argues for histories of everything by linking human history to many other kinds of history. Big History literally tells the story of the whole of the Universe, from its creation, 13.8 billion years ago, in the Big Bang. It describes the creation of stars, the forging of new types of matter in dying stars, the formation of the first planets and moons, and the emergence of life on at least one planet, the Earth. Then it tells how planet earth evolved, and how life evolved in its oceans and continents over four billion years. Large organisms emerged about 600 million years ago, and our own species evolved just a few hundred thousand years ago. Humans are late arrivals in this story, but they play a critical role because, in the brief period they have existed, they have created technologies so powerful that we humans are beginning to transform the earth’s surface, its oceans, its climates and its biology.

To many people, the idea of a history of everything might seem impossible. But in fact, this sort of history has been taught in most human societies, in the form of “origin stories.” These were stories, using the best available knowledge, that described how everything came to be as it is. Origin stories have been the foundation for education in most societies. In the Christian world, for example, the Christian origin story, which recounts the history of the world and humanity from the moment when God created the Universe, helped people understand their place in the scheme of things. We can think of Big History as a modern origin story.

Because it is modern it is based on science and it is for all societies on earth. Ever since the Enlightenment, in the eighteenth century, scholars have tried to construct a global, science-based origin story. But that proved to be extremely difficult, and only in the last fifty years or so has modern science been able to put together a more or less complete story. Only in the 1960s did cosmologists find the crucial evidence that the Universe began in a “Big Bang.” In the same decade they began to piece together the evolution of the oceans and continents of earth using the new paradigm of plate tectonics, and they learned the genetic details of how living species have evolved. Just a decade earlier they had discovered how to date events in the remote past, before there were any written records, using the breakdown of radioactive atoms such as Carbon-14. Since then, scholars in many different fields have assembled a relatively complete history of the whole universe, with its own timelines and plenty of evidence. It has become clear, as modern science has matured, that it is not just humans that have a history. So do all other species, so does life in general, so does planet earth, and so does our Universe. So, if learning about the past has a lot to teach us, shouldn’t we be studying the past of everything?

Of course, Big History is not history as we normally understand it. But it provides an extraordinarily powerful way of understanding how our world came to be as it is. And by doing that, it can clarify the huge and unique challenges we face at a pivotal time in earth’s history. By linking human history to other histories, it can help place human history in context. For example, Big History can show what is so different about our own species, human beings, by comparing our history to the histories of other species. We have a unique ability to share information through human language, and that sharing of information explains why, over several hundred thousand years, we have created more and more powerful technologies that have given us increasing power over planet earth. Suddenly, what we do in the next few decades will shape the future of the earth, perhaps for millions of years. As Martin Rees, the Astronomer Royal, puts it: “Our Earth is 45 million centuries old. But this century is the first in which one species—ours—can determine the biosphere’s fate.” This is surely something all students of history should know!

Big History, in various forms, has been taught for several decades, so there are now plenty of resources for those keen to dip into this new approach to the past. Thousands of schools and many universities in many different countries now teach Big History. There is a rapidly growing literature on Big History, there is an International Big History Association (IBHA), which publishes its own journal, and there are many resources to support the teaching of Big History, including some free online courses. The OER (“Open Educational Resources”) website includes material for teaching both Big History and world history. Simply dipping into the growing literature on Big History may change how you think about history, and about the past.

History of the Earth in a Cycle

Our sense of time has been extended into the deep past in the last two centuries or so, and particularly since the 1950s, when Willard Libby showed that you could use the breakdown of radioactive molecules such as Carbon-14 to date events thousands of years before there were any written documents. Since then, geologists and biologists and astronomers have developed a whole battery of techniques for dating events in the remote past. This graphic uses these techniques to construct a modern timeline for the earth’s history. It’s a remarkable timeline and a foundational document for modern geology. Without such timelines it would be impossible to teach big history. This source is part of David Christian's essay on Big History

This source is a part of the Primer: Big History methods module.

David Christian (D.Phil. Oxford, 1974) is by training a historian of Russia and the Soviet Union, but since the 1980s he has become interested in world history and in history at very large scales and across many disciplines. He began teaching Russian and European history at Macquarie University in 1975; from 1989 he also began teaching courses in Big History. In 2001 he took up a position at San Diego State University, where he taught courses on World History, Big History, World Environmental History, Russian History, and the History of Inner Eurasia. In January 2009 he returned to Macquarie University, where he has mainly taught Big History, but is now teaching Russian, Soviet and post-Soviet history.